“Doing business is a social act that implies a real responsibility towards work, workers and the territory”.

Respect for the places where its production sites are situated has been a guiding principle for the Prada Group since its founding. Recognizing that any new construction has a significant impact on the surrounding territory, and that this decision should only be made when necessary, the Prada Group has demonstrated its absolute commitment to renovating and repurposing existing structures in an intelligent and artful way.

For the few new buildings, the Group has worked with master architects capable of ensuring that the structures represent not the occupation of the territory but the construction of the landscape. These buildings are designed to harmonize with the territory that hosts them, without creating imbalances.

In 2015, the Group launched an investment plan aimed at upgrading and reorganizing the entire manufacturing structure in order to preserve our artisanal know-how, support the technological development of the production processes, and improve the quality of the work environment. 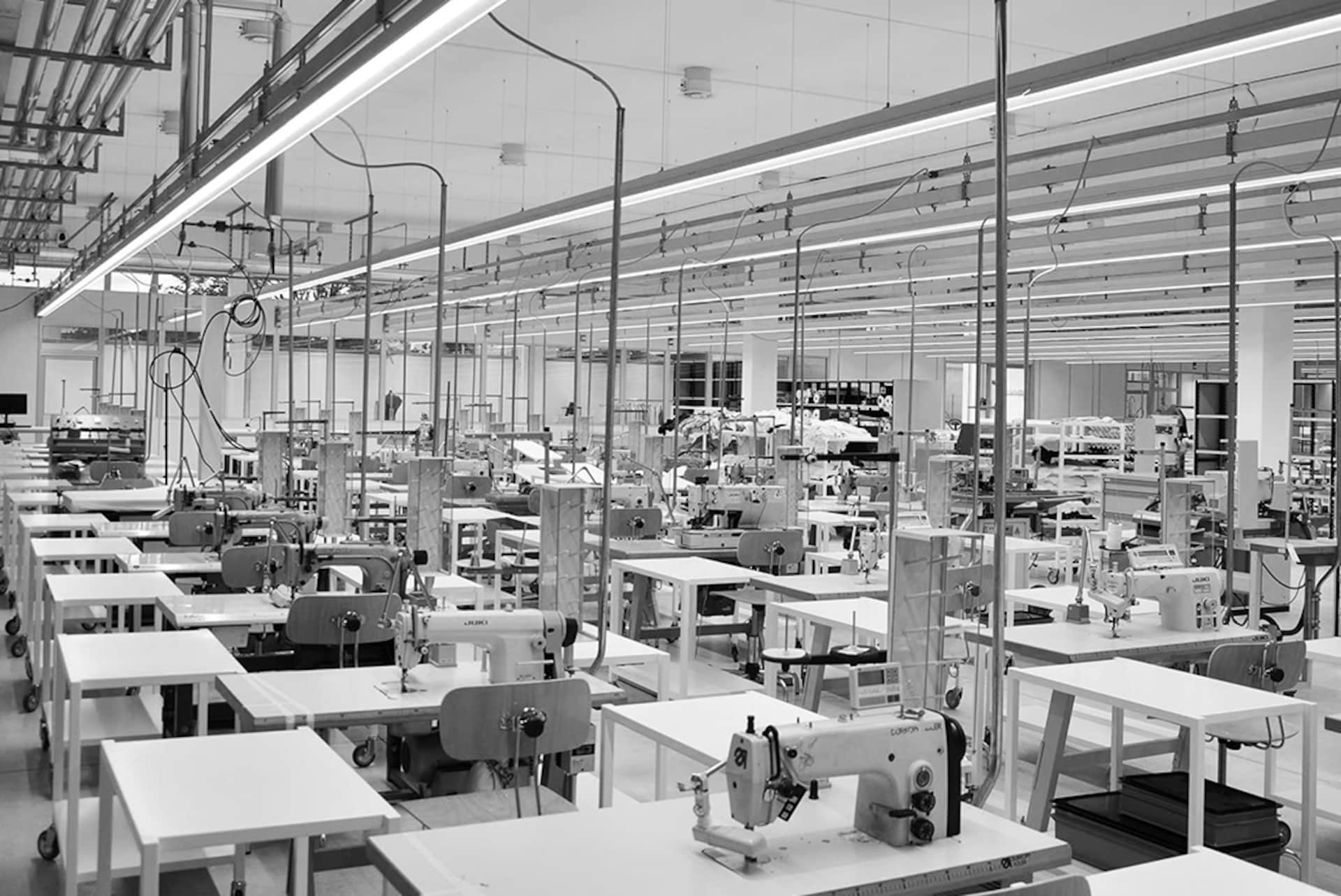 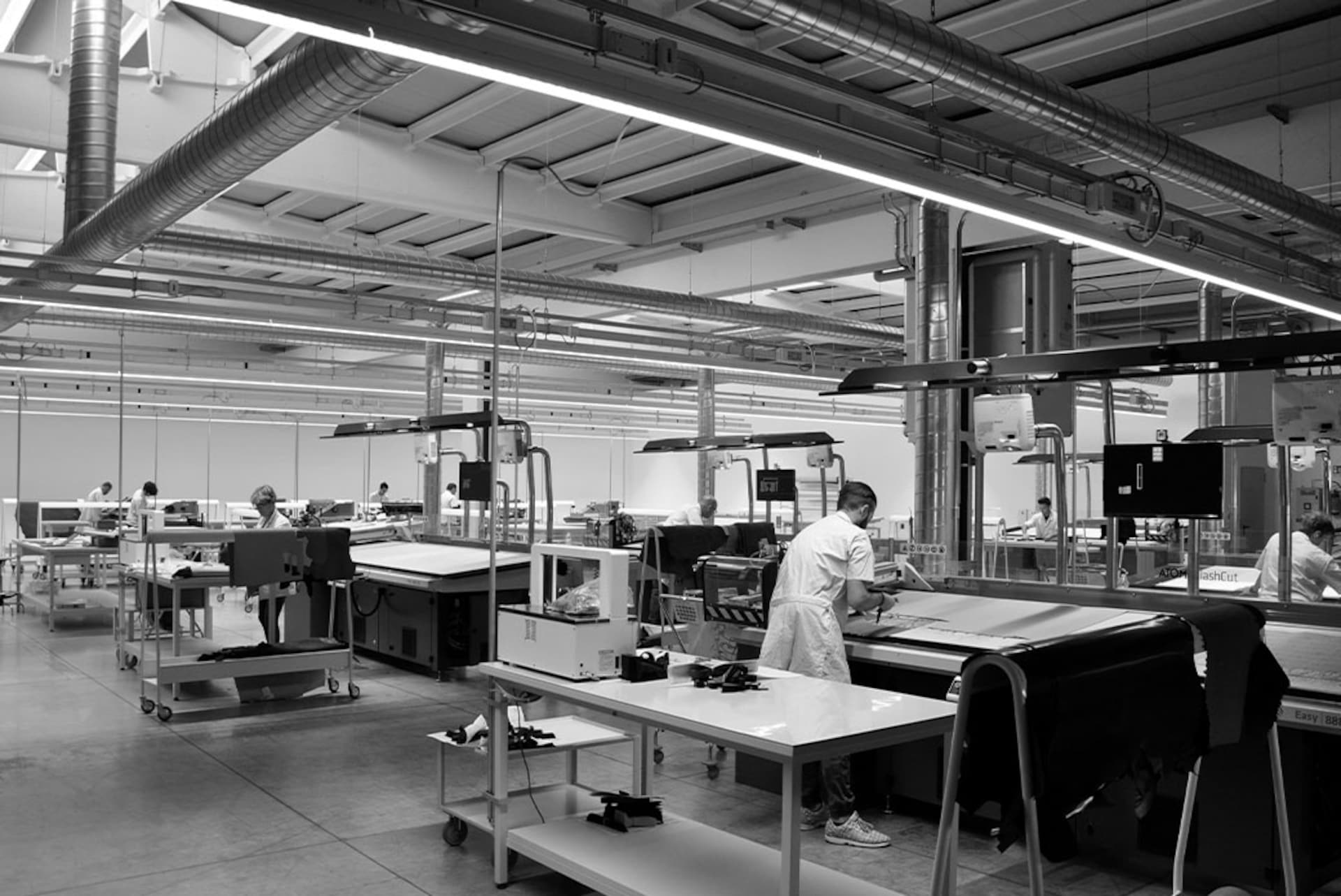 Four of the most important factory projects were entrusted to Guido Canali, a master of sustainable architecture.

Levanella Logistics Hub in Tuscany is the central node of a major logistical reorganization plan, dedicated to the finished product. Architect Guido Canali designed it with particular attention on respect for the environment and the well-being of the workers.

The industrial headquarter in Valvigna hosts the production division and the development of Prada and Miu Miu leather goods collections, the warehouses for raw materials, the historical archives of the leather goods and footwear collections, the offices for general services and industrial administration, an auditorium, systems areas and the Prada Group data processing center.
This industrial site is the result of a subtle balance between architecture and nature. Recover a degraded territory and mitigate the landscape impact of the planned construction, are the main points of the endeavor undertaken by the Prada Group and by architect Guido Canali during their long-lasting collaboration.

In this site, the prototyping activity is dedicated to Prada Women’s footwear, as well as the Linea Rossa and Car Shoe collections.
Montevarchi produces about 700 pairs of shoes every day. At Montevarchi, conservation and respect for the place are at the center of the architectural project. The structure extends horizontally in order to limit an impact that could be perceived as outsized compared to its surrounding context.

At Montegranaro, in the Marche region, stands the first “garden factory” of the Prada Group.
The complex, which consists of two buildings dedicated to the production of formal and sport footwear, has been restored to embody the pioneering representation of the new architectural approach that will characterize the most important industrial sites of the Group.