Art and culture help us with our everyday lives, and understand how we, and the world, are changing. The intellectual research is not only useful and necessary, but it can also become attractive and engaging. These assumptions are key for Fondazione Prada’s activities which, through an evolution of projects, have analyzed intentions and relevance of today’s cultural engagement.

From 1993 until 2010 these have included monographic commissions developed by international artists such as John Baldessari, Louise Bourgeois, Walter De Maria, Nathalie Djurberg, Dan Flavin, Carsten Höller and Steve McQueen, contemporary philosophy conferences and initiatives related to the fields of cinema and architecture, which took place in Milan, Venice and in other venues in Italy and abroad. Since 2011 a series of extensive research exhibitions (“The Small Utopia. Ars Multiplicata”, “When Attitudes Become Form: Bern 1969/Venice 2013”, “Art or Sound”, “Portable Classic”, “The Boat is Leaking. The Captain Lied.”, and “Machines à penser”­), a sperimental cinema platform (“Belligerent Eyes”), and an extensive retrospective devoted to Jannis Kounellis were organized at its Venice venue located at the historic palazzo of Ca’ Corner della Regina.

With the opening of its Milan headquarters in 2015, Fondazione Prada’s experimental vocation and its long-lasting engagement towards the correlation between different artistic languages and disciplines has been expanded. The architectonic complex, designed by OMA led by Rem Koolhaas, is the result of a combination of post-industrial buildings and new spaces.

Located in Largo Isarco, in the South of Milan, in a former distillery dating back to the 1910s, the compound has a surface area of 19,000 m2 of which 11,000 m2 is dedicated as exhibition space. It comprises seven existing structures, including warehouses, laboratories, and brewing silos and three new buildings: Podium, Cinema and Torre. Podium combines two structures with very different qualities: a fully glazed, column free ground floor, and an aluminum foam clad beam on the top floor. Both galleries provide large, multi-purpose areas for art exhibitions and events. Cinema is a flexible and multifunctional building. It is a fully equipped movie theater where where a permanent program, comprising screenings, talks and public events, as well as special projects, conceived by international personalities such as Pedro Almodóvar, Roman Polanski, Damien Hirst, and John Baldessari, has been presented. A central courtyard separates it from the Podium, to which it can be visually connected when its large bi-folding doors are opened to the outside. Torre marks the completion of the foundation’s Milan venue. The 60-meters high white concrete building is becoming a recognizable landmark for the Fondazione, revealing itself within Milan’s urban skyline. The irregular geometry of Torre allows its exterior appearance to vary according to different observation points, and perfectly embodies the architectural vision for the entire Fondazione, which features an ensemble of oppositions and fragments that never congeal into a single image. The exhibition spaces of Torre hosts the permanent project “Atlas” that includes works from Collezione Prada displayed in a sequence of confrontations between artists such as Carla Accardi and Jeff Koons, Walter De Maria, Michael Heizer and Pino Pascali, William N. Copley and Damien Hirst, John Baldessari and Carsten Höller.

From 2016 to 2018 three different projects were conceived by artists, who took on the temporary role of curators. With his multimedia exhibition “TV 70”, Francesco Vezzoli explored the Italian TV production and translated it in an innovative visual experience. Thomas Demand questioned the boundaries between originality, conceptual inventiveness and the culture of the copy in “L’image volée”. Luc Tuymans created connections between works by Old Masters of the Baroque and contemporary artists displayed in his “Sanguine” show.

Fondazione Prada’s long-lasting engagement towards the correlation between cinema, technology, and the arts was embodied by the emblematic project “CARNE y ARENA”, an immersive VR installation conceived by film director Alejandro G. Iñárritu, for which he was awarded a special Oscar in 2017. Recent exhibitions like “The Porcelain Room”, focused on the historical context, scope and impact of Chinese exported porcelain, and “K” presenting three possible artistic encounters with the literary work by Franz Kafka, prove Fondazione Prada’s intention to cross the boundaries of contemporary art and embrace a vaste cultural sphere, that also comprises design, cinema, music, literature and their possible exchanges.

In response to the temporary closure of the exhibition spaces, due to the health emergency, in 2020 Fondazione Prada increased and reimagined its digital presence. Fondazione Prada’s website and its social media channels turned into a laboratory of ideas, a platform in which to test new formats and codes. "Glossary", "Inner Views" and "Outer Views" projects created thematic paths and ideal dialogues between the recent and past activities of the foundation and the Collezione Prada. The cinematographic program “Perfect Failures”, conceived with MUBI, featured a selection of films that were widely misunderstood upon their original release and ahead of (or ingeniously behind) their time, the failures and missteps of prominent directors.

Fondazione Prada presented two projects originally conceived for the digital medium: "Love Stories" and "Finite Rants". In "Love Stories” Francesco Vezzoli explores the emotional, psychological and sentimental status of a wide online community through Instagram language. “Finite Rants” is a series of visual essays commissioned to filmmakers, artists, intellectuals and scholars which are visible on the project's YouTube channel.

In 2020, Fondazione Prada started "Human Brains," a global project of exhibitions, scientific debates, public meetings, and publishing activities dedicated to brain studies. The project, which will run until 2022, aims to attract public interest in neuroscience and create a forum to facilitate exchanges between scientists, philosophers and scholars. The first event took place in November 2020: the online conference "Culture and Consciousness" on the topic of consciousness in neuroscience.

In September 2020 Fondazione Prada offered its support in promoting the charity campaign undertaken by Damien Hirst in support of Save The Children's education program in Italy, “Riscriviamo il Futuro." Through the sale of four limited edition prints by the British artist, the campaign raised a total of 3.3 million euros.

Since 2016 Fondazione Prada’s investigation spectrum has been enlarged to photography and visual languages, thanks to the opening of Osservatorio. In this second outpost in Milan, located in Galleria Vittorio Emanuele II, group and solo shows by Italian and international photographers and artists, such as Torbjørn Rødland, Theaster Gates, and Stefano Graziani, and research and experimental projects like “Training Humans”, conceived by Kate Crawford and Trevor Paglen, have taken place. 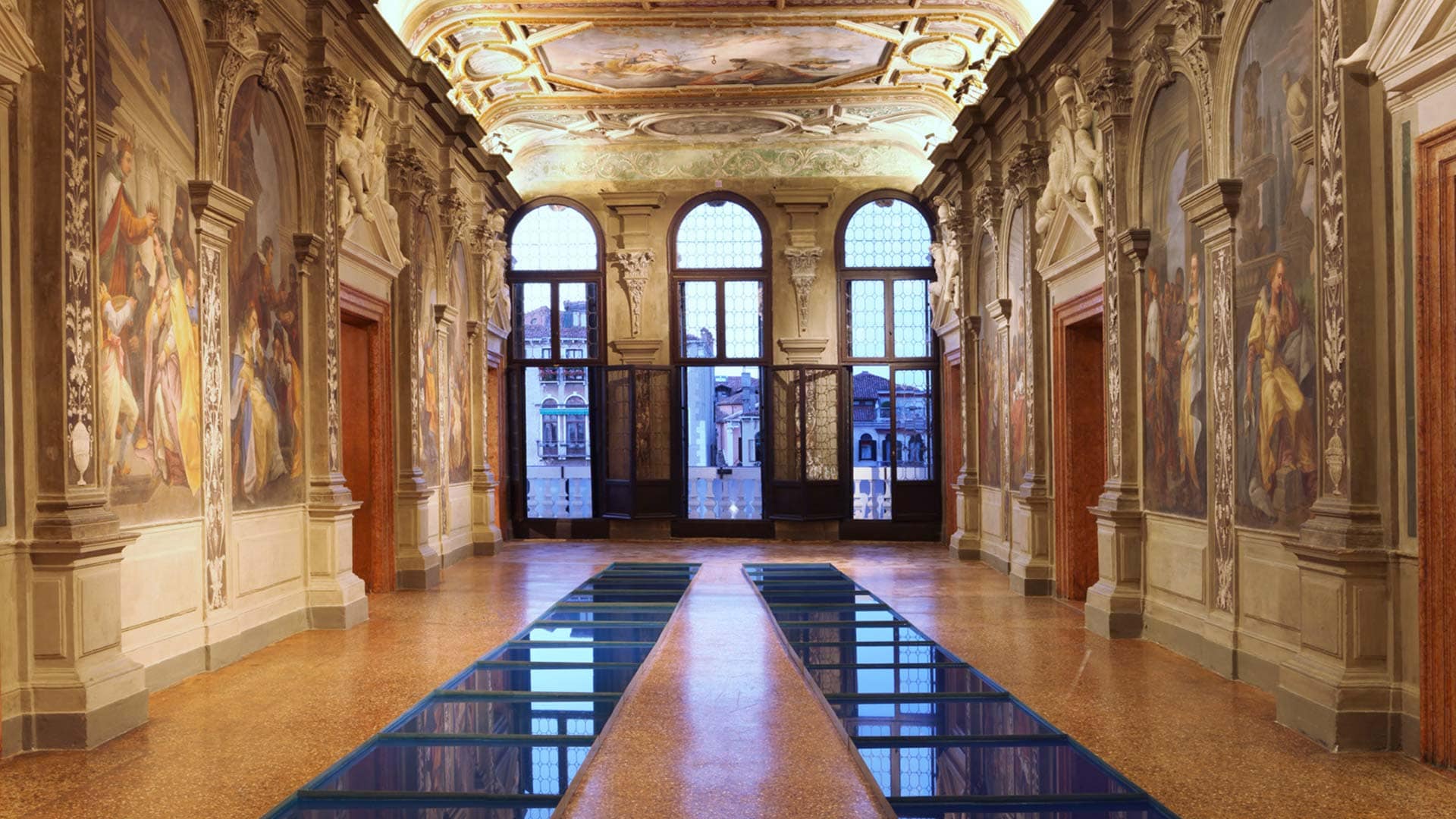 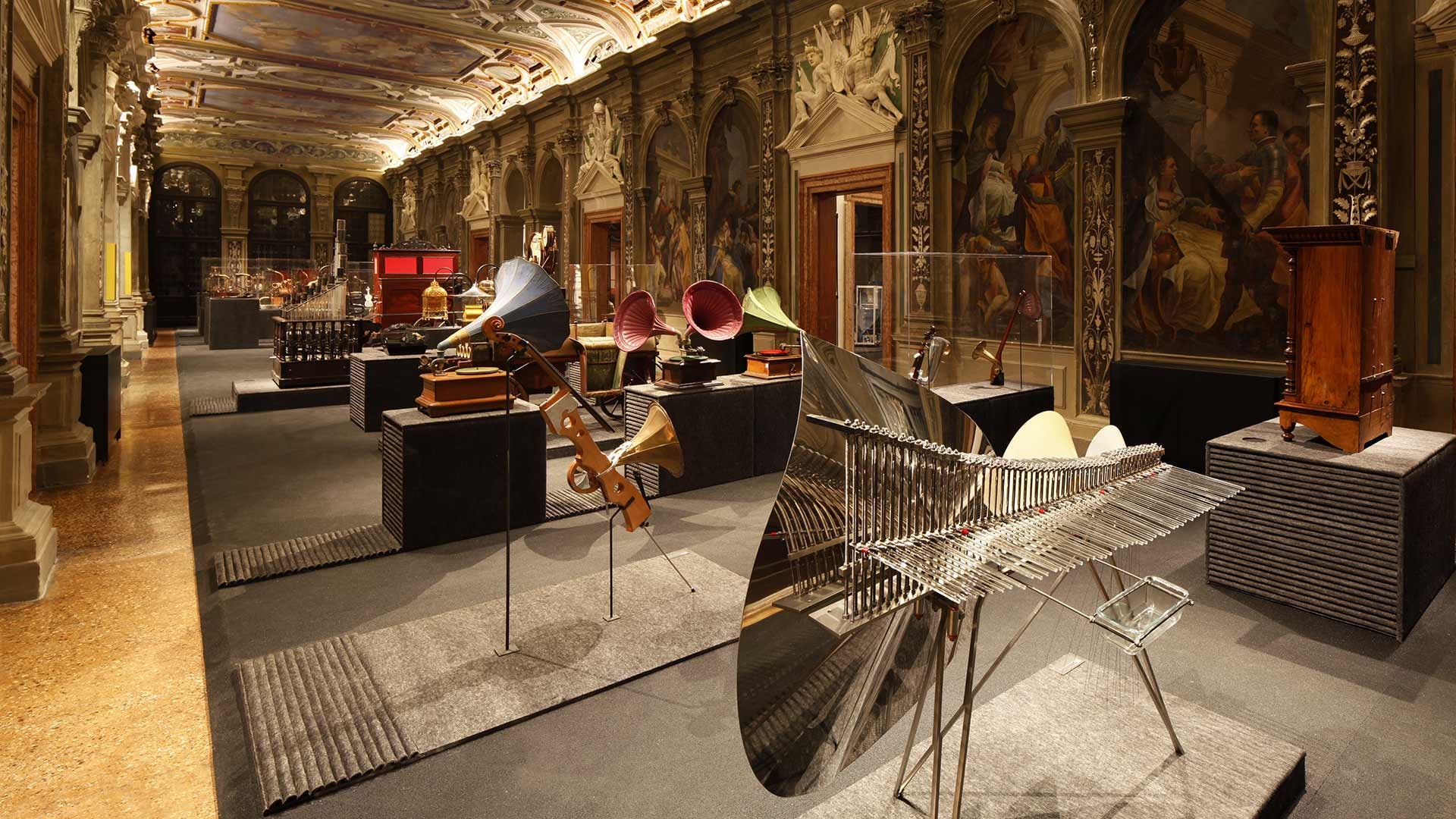 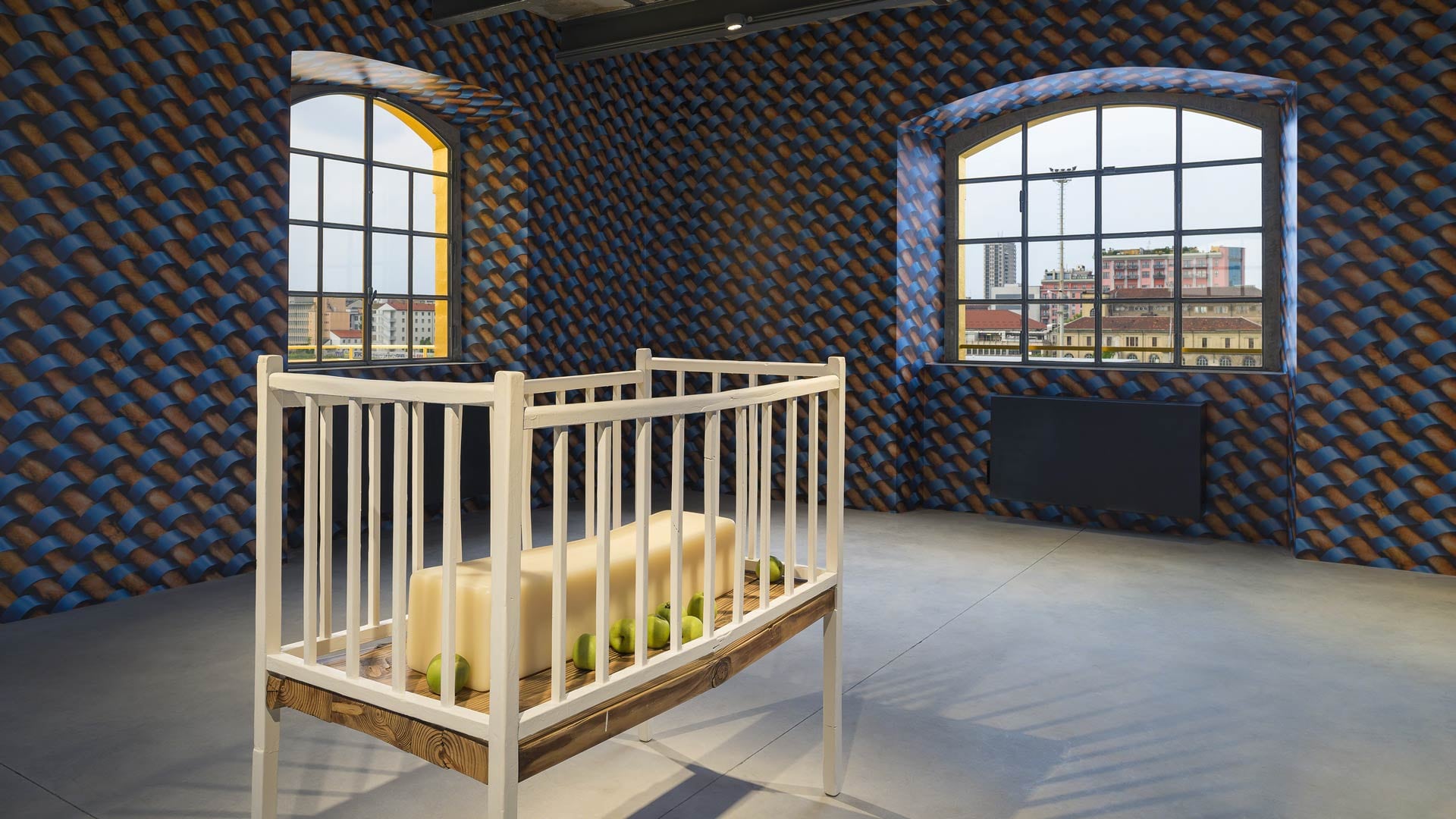 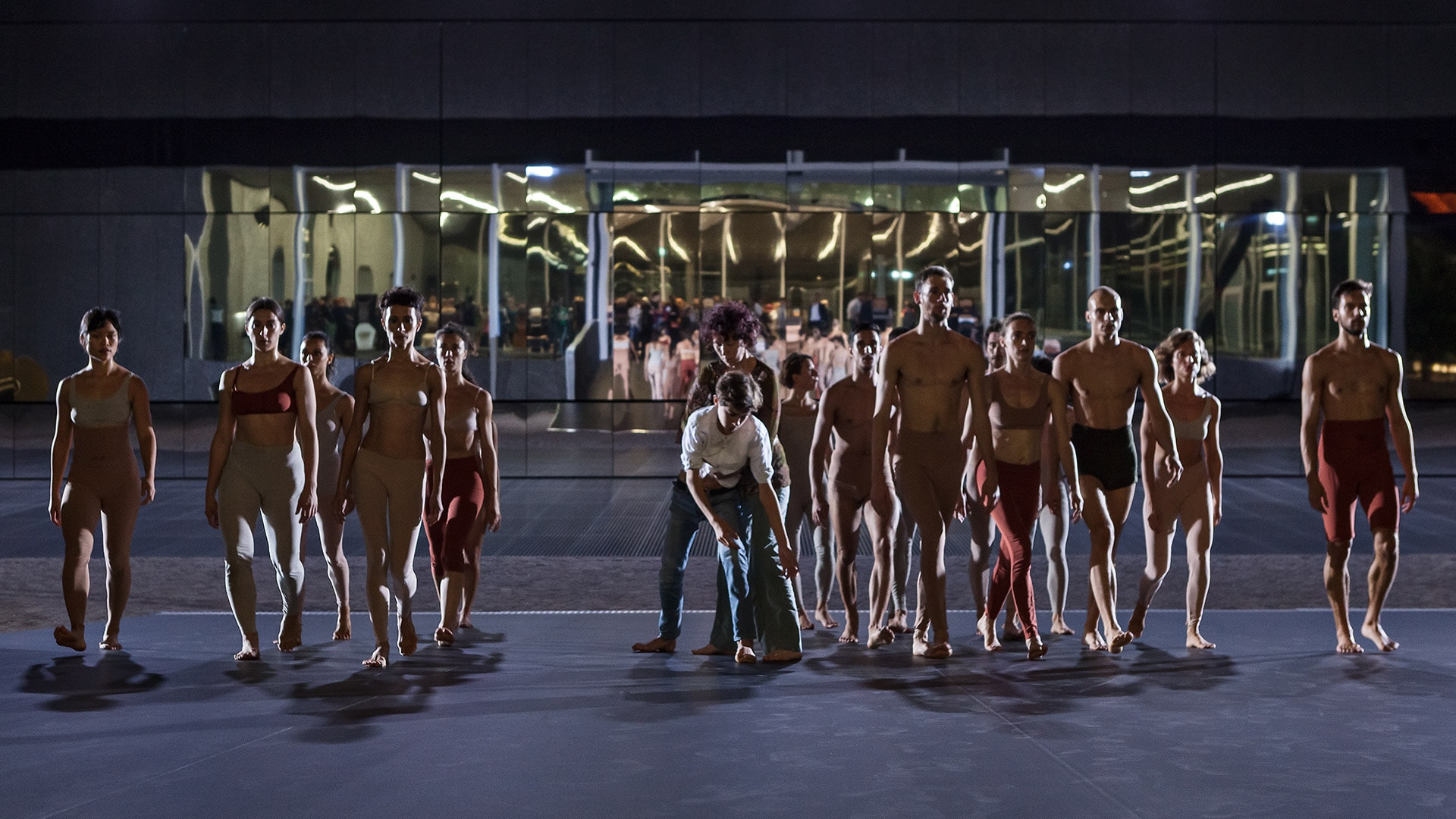 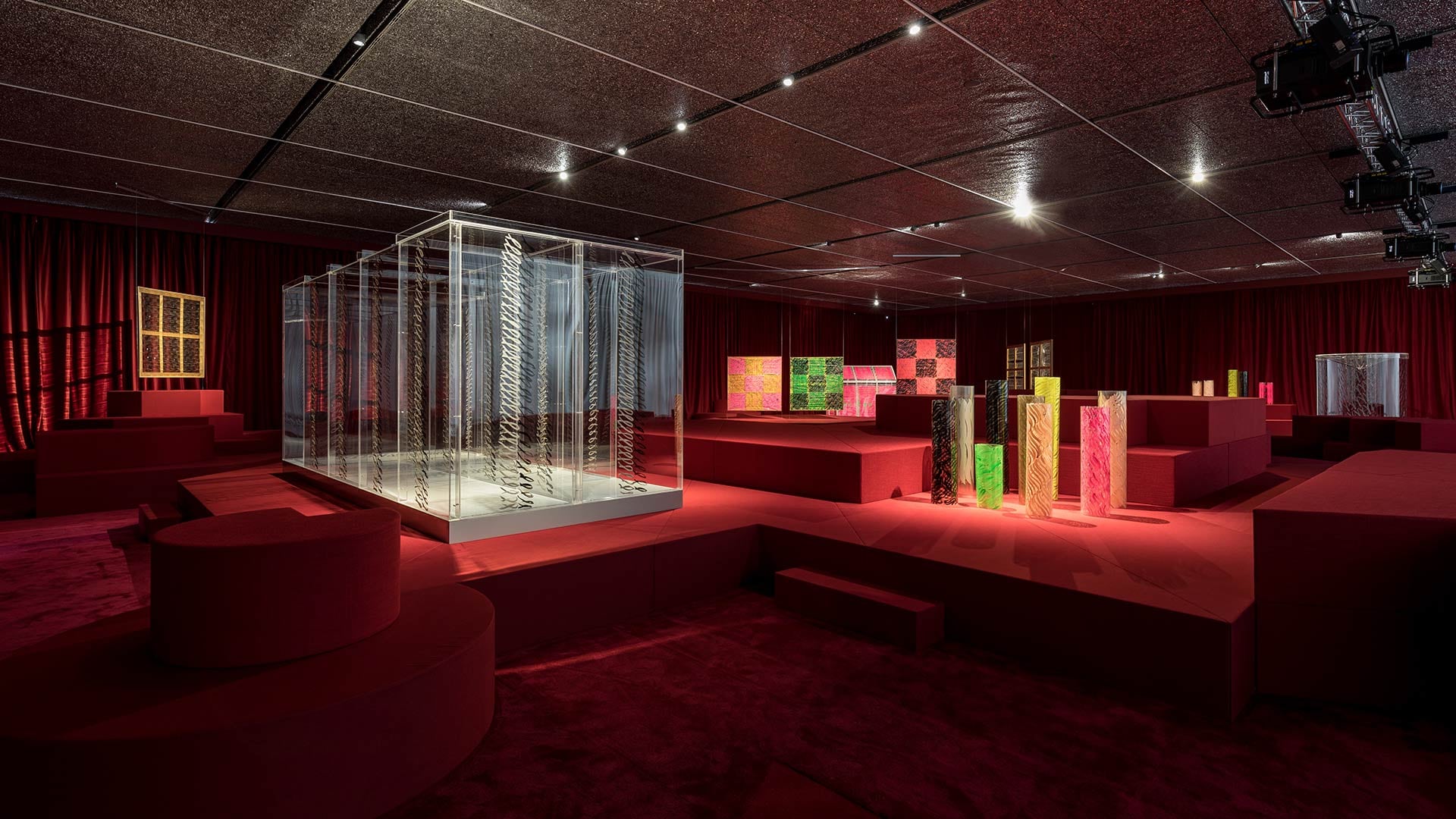 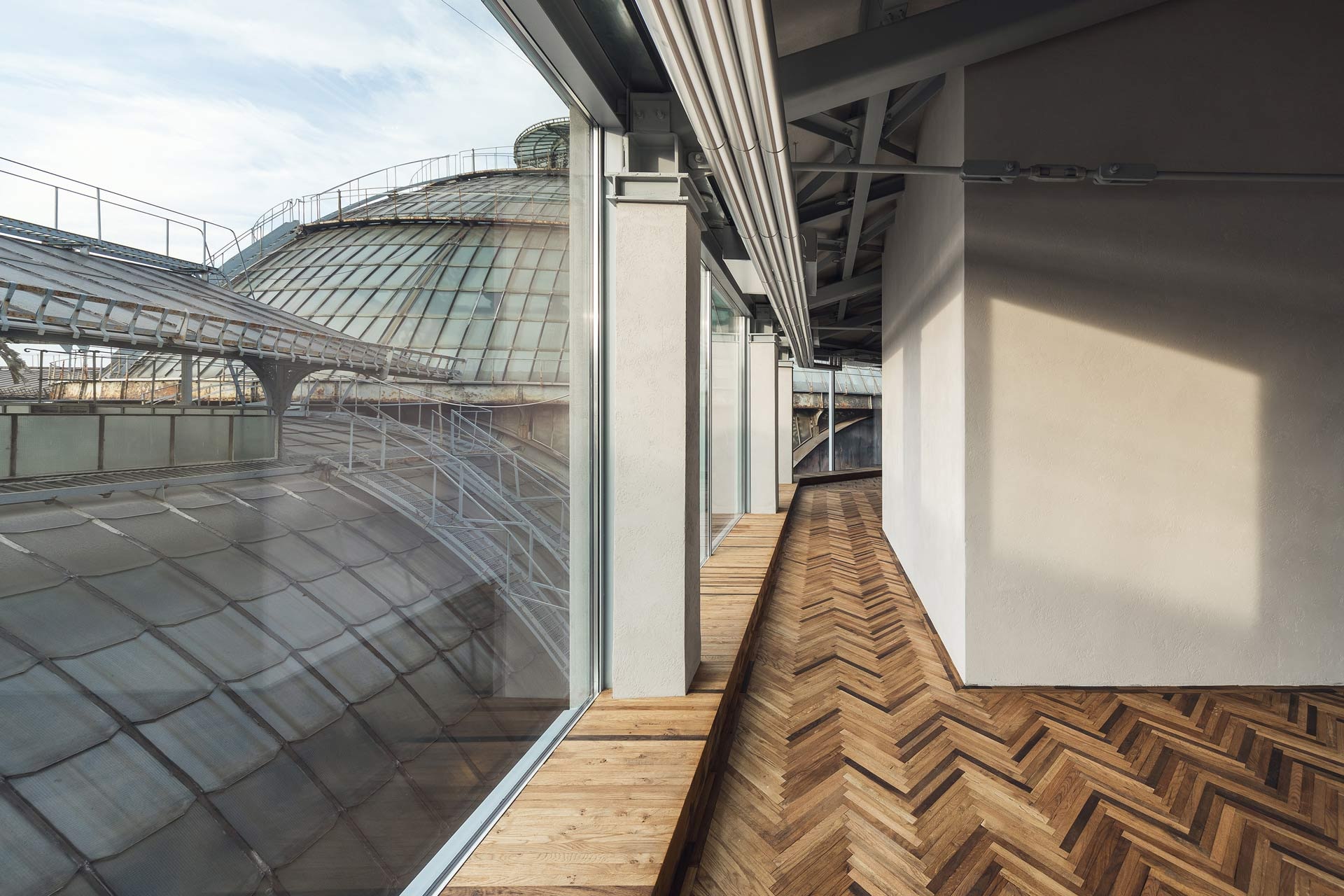 The Accademia dei Bambini, located in Milan main venue, hosts multidisciplinary initiatives dedicated to childhood. The project was conceived by neuropediatrician Giannetta Ottilia Latis in 2015. It is curated by pediatrician and neonatologist Gabriele Ferraris form 2019. Mainly devoted to children from 4 to 10 years old, the Accademia dei Bambini is an ideal environment for didactic activities and laboratories, an open space for dialogue between adults and children and for various experiences relating to play, creativity, and learning.

Bar Luce, designed by the American director Wes Anderson in 2015 and situated in the entrance building of the complex, has soon become an iconic spot for Milan citizens and Italian and international visitors. It reproduces the atmosphere of an old Milanese café and is reminiscent of pop culture and the Italian aesthetics of the ‘50s and ‘60s.

Restaurant Torre is located on the sixth floor of the tower at Fondazione Prada’s Milan venue. The presence of rare design furniture and relevant artworks by Jeff Koons, Lucio Fontana and Carsten Höller, among others, makes the atmosphere of the restaurant unique. Its terrace and large windows reveal an unprecedented view of the city of Milan. 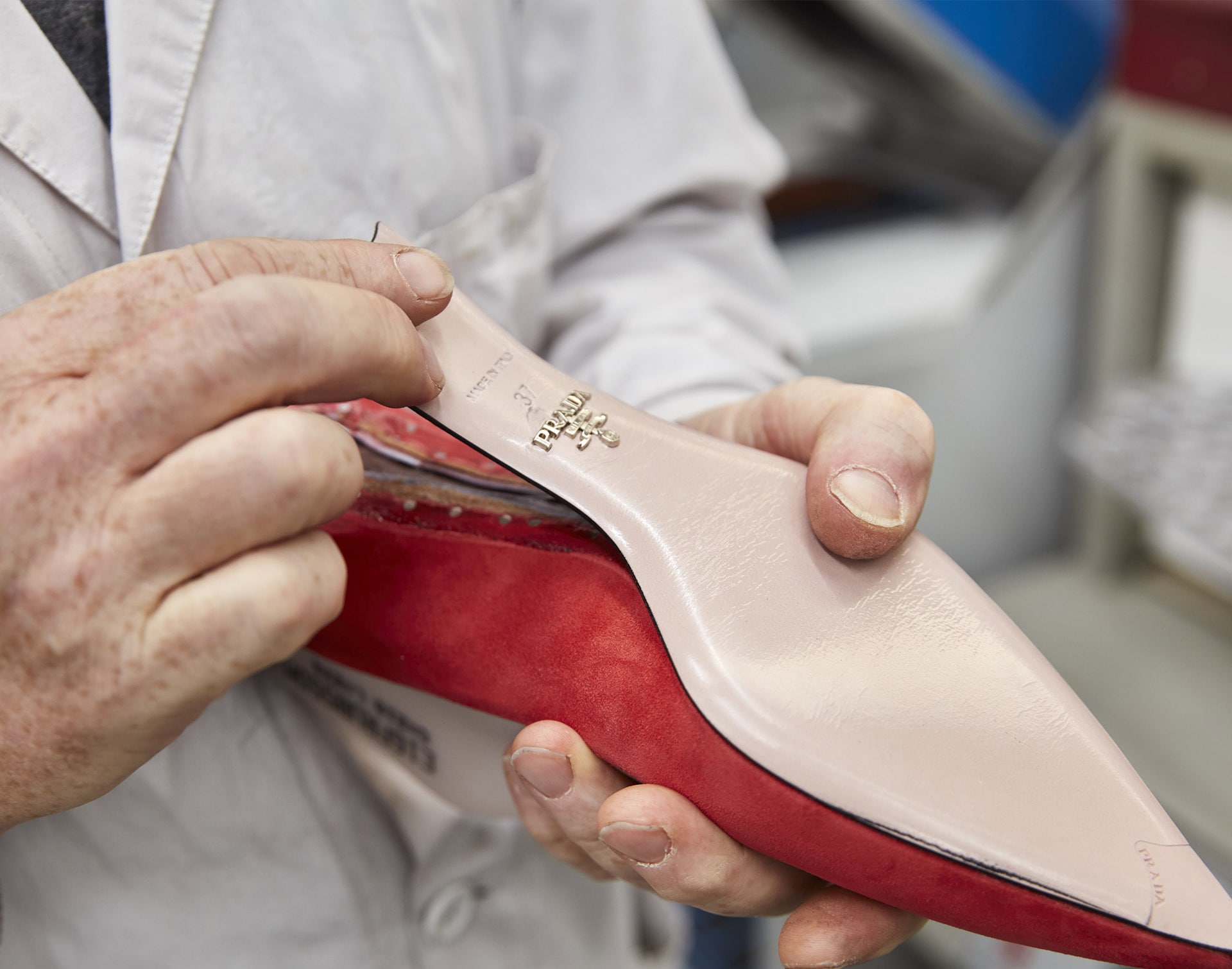