“The human factor is as much an essential asset as training and research. You must have good judgment but you also have to be extremely responsive. You must be ready to react in critical situations without losing sight of the final goal: victory…but not only victory…”

Prada strengthens its extraordinary involvement in sailing world as naming and presenting sponsor of the 36th edition of the America’s Cup, the oldest trophy in international sports and the pinnacle of sailing.

Luna Rossa Prada Pirelli is the Italian team that represents the Circolo della Vela Sicilia yacht club in the challenge scheduled from March 6 to 21, 2021 in Auckland, New Zealand, preceded by the PRADA America’s Cup World Series and Christmas Cup and the PRADA Cup.

The trophy, designed by Mark Newson and created by master silversmiths from Florence, was lifted by Max Sirena and the two helmsmen Francesco Bruni and Jimmy Spithill, along with the rest of the crew and the Commodore of Circolo della Vela Sicilia, Agostino Randazzo. 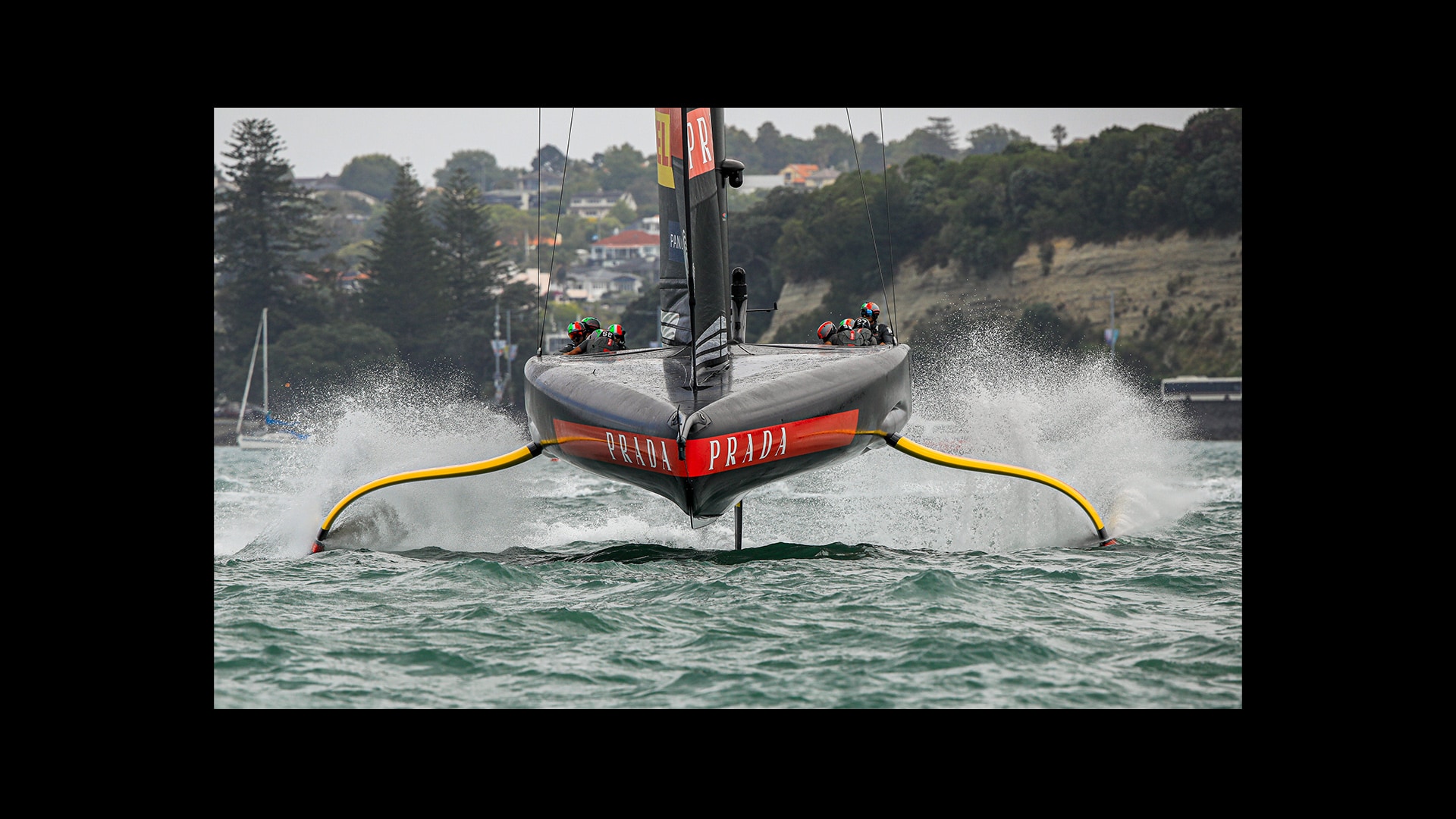 The Launch of Luna Rossa AC75

The revolutionary, fully foiling monohull AC75 Luna Rossa was launched on 2 October 2019 in Cagliari, the home of the Luna Rossa Prada Pirelli team. The yacht will compete in the 36th America's Cup, to be held in Auckland (New Zealand) from January to March 2021.

Once the boat had received a blessing, Miuccia Prada, standing alongside Patrizio Bertelli, Agostino Randazzo (President of Circolo della Vela Sicilia) and Marco Tronchetti Provera (CEO of Pirelli, the co-title sponsor of the Luna Rossa team), christened the boat.

The second AC75 Luna Rossa monohull was launched in Auckland on 20 October, 2020, by Tatiana Sirena, the wife of the skipper and team director Max Sirena, with a blessing given by “Pa” Peter Tipene, cathedral dean of St. Patrick’s Cathedral in Auckland. The local Maori community accompanied proceedings with a ritual traditionally used for boat launches.

The AC75 Class Rule defines the parameters within which teams can design a yacht eligible to compete in the 36th America’s Cup. It regulates all aspects of the boat to ensure fair and exciting racing, whilst leaving plenty of freedom for innovation to flourish.

the history of luna rossa

The team undertakes its first America’s Cup challenge, the world’s oldest sailing competition that has been welcoming the greatest champions and cutting-edge boats from all over the world since 1851.

On June 29th, 2012 Patrizio Bertelli was the first Italian to be inducted in the America’s Cup Hall of Fame.

Luna Rossa is animated by vision, expertise and passion, which lead the action of its members towards the prestigious trophy. Going beyond the definition of team, Luna Rossa represents the highest expression of sportsmanship and technological innovation. A project that, throughout the years, has won the hearts of Italians and of all sailing enthusiasts around the world while earning unanimous international respect thorough the sporting and elegant attitude on and off boat.