corporate governance
board of directors

The Board of Directors is the highest decision making body of the Company vested with all the ordinary and extraordinary management powers.

The Board sets the Prada Group’s strategy, monitors its implementation, and reviews its financial performance.

The Board delegates some of its powers to one or more Executive Directors.

From November 8th 2022, the Board of Directors comprises 11 Directors as follows.*

Paolo Zannoni - Chairman of the Board and Executive Director


*Mr. Andrea Bonini has entered into a letter of appointment with the Company for an initial term until the date of forthcoming shareholders’ annual general meeting to approve the financial statements of the Company for the year ending December 31, 2022 (“2023 AGM”). Mr. Bonini’s appointment as an Executive Director will be subject to election by the shareholders at the 2023 AGM and his mandate as an Executive Director, if so elected, shall lapse at the same time as the other current Directors.

Miuccia Prada is Chief Executive Officer of the Company along with Mr. Patrizio Bertelli as well as Prada Co-Creative Director along with Raf Simons and Miu Miu Creative Director. She served as Chairperson of the Board from 2003 to 2014 and was most recently re-elected to the Board in May 2021.

After obtaining a degree in Political Science from Milan University, Miuccia Prada began designing for the exclusive family business, founded by her grandfather in 1913. At the end of the ‘70s she formed a partnership with Patrizio Bertelli, an entrepreneur and owner of two high quality leather goods companies at the time. The combination of the two minds made it possible for Prada to become one of the leading luxury companies worldwide.

Miuccia Prada and Patrizio Bertelli’s passion for art led them to create Fondazione Prada, an institution championing contemporary culture through its innovative and experimental programmes.

Miuccia Prada has received several awards for her original vision, innovation, and contribution to international fashion. In 2000, she received an Honorary Doctorate from the Royal College of Art in London. In 2006, Ms. Prada was named Officier dans l’Ordre des Arts et des Lettres by the French Ministry of Culture. In 2015, she was granted the title of Knight of the Grand Cross, the highest Order of Merit of the Italian Republic, in recognition of her international success and contribution on behalf of Italy to the fields of creativity, fashion and style.

His partnership with Miuccia Prada began at the end of the ‘70s. His pioneering approach of controlling the entire supply chain, his focus on quality and detail, combined with the ability to reinterpret Prada’s DNA for a contemporary audience, were instrumental in the brand’s ascent to become one of the world leaders in luxury.

To his entrepreneurial activity, he combines cultural and sporting interests that he shares with Miuccia Prada. Fondazione Prada was founded in 1993 with the aim of organising and sponsoring contemporary art exhibitions and other cultural activities. In 1997, he created the “Prada Challenge for the America’s Cup 2000” team. In 2021, Prada became the title sponsor of the 36th America’s Cup.

In 2006, Time Magazine cited him together with Miuccia Prada among the 100 most influential couples in the world and in 2012 he became the first Italian in history to be inducted into the America’s Cup Hall of Fame. 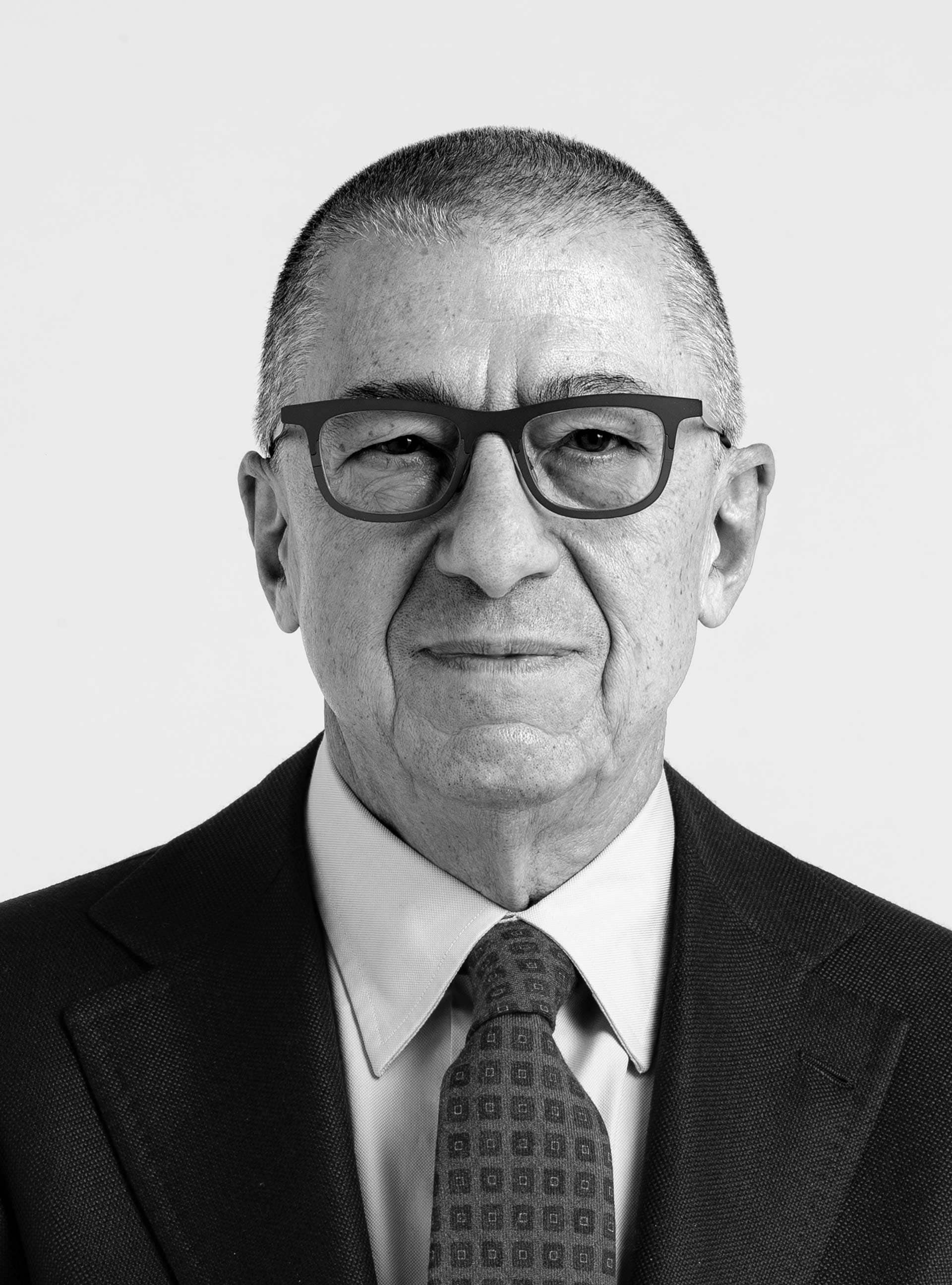 Paolo Zannoni was appointed Chairman of the Board of Directors in May 2021. He has been an international advisor at Goldman Sachs since 2019, covering Italy and the rest of Europe. He served as Chairman of the Italian energy and telecommunications company Prysmian Group from 2005 to 2012. Prior to this, Mr. Zannoni worked at Goldman Sachs for many years, where he significantly enhanced its investment banking franchise in Italy. Before joining Goldman Sachs, Mr. Zannoni was Vice President at Fiat S.p.A. and a lecturer at Yale University. He continues to be an executive fellow at the Yale School of Management, an advisory board member of the International Centre for Finance (ICF) and a board member of the Jackson Institute for Global Affairs. Mr. Zannoni has an MA and an MPhil in Political Science from Yale University. He also has a BA from the University of Bologna. 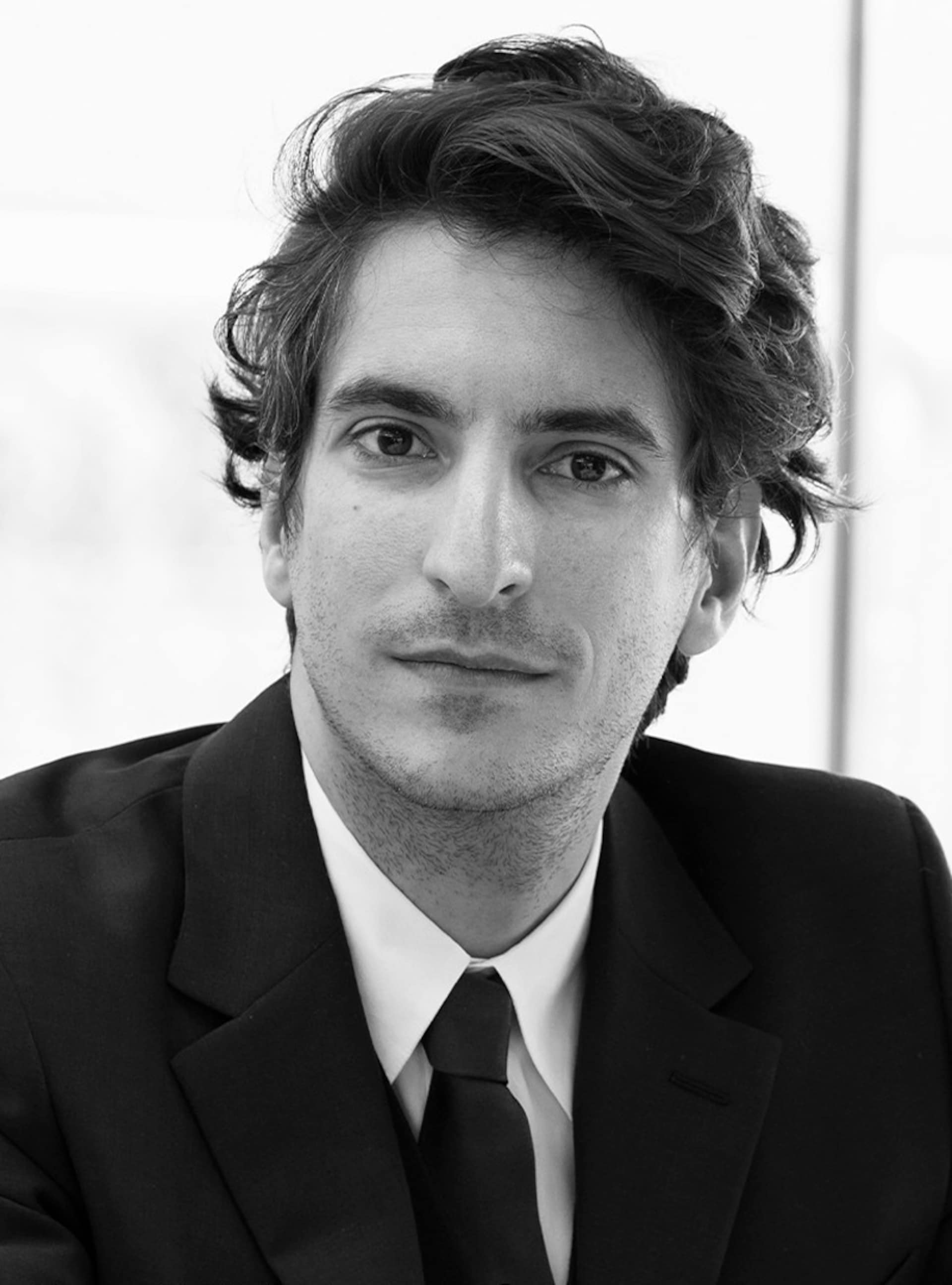 Lorenzo Bertelli joined the Board of Directors as Executive Director in May 2021. Mr. Bertelli has been Group Marketing Director since 2019 and, from 2020, has been appointed Group’s Head of Corporate Social Responsibility. He is responsible, on one side, for the Group’s Marketing and Communication strategy and, on the other, for the Group’s overall approach to sustainability strategy and initiatives.
He joined the Group in 2017 as Head of Digital Communication. Mr. Bertelli has also been Director of Prada Holding S.p.A. since 2015.
Lorenzo Bertelli obtained a degree in Philosophy at San Raffaele University in Milan in 2008.

Mr. Andrea Bonini, aged 42, has been the Chief Financial Officer of the Company since May 2, 2022 and holds directorships in subsidiaries of the Company. Mr. Bonini has 19 years of experience in corporate finance and relevant experience in the luxury industry. He started his professional career in Milan-based M&A boutique Gallo & C. in 2003. In 2005, Mr. Bonini joined the Investment Banking Division of Goldman Sachs International, based in London, where he held the position of Managing Director since 2015. At Goldman Sachs, he was part of the Italy Coverage team until 2013 and subsequently joined the Consumer Retail Group, with responsibility for Luxury and Brands in Europe. Mr. Bonini graduated in Business Administration from Bocconi University in Milan in 2003.

Marina Sylvia Caprotti was appointed an Independent Non-Executive Director in May 2021. She has been Executive Chairperson of Esselunga S.p.A., one of the leaders in the large-scale distribution in Italy, since 2019. Prior to this, she was a member of Esselunga Board of Directors from June 1998 and Vice President from 2016 to 2019. She is currently a Director on the Board of Fondazione Accademia Teatro alla Scala of Milan. Ms. Caprotti obtained a Law degree from Università Cattolica del Sacro Cuore in Milan in 2004.

Maurizio Cereda was first appointed an Independent Non-Executive Director in April 2018 and was most recently re-elected in May 2021. Prior to this, he served as Non-Executive Director from 2016 to 2018. Mr. Cereda’s practice focuses on providing consultancy services to entrepreneurs, family offices, companies, and financial institutions. Mr. Cereda worked at Mediobanca S.p.A. for fifteen years, until his appointment as Deputy General Manager and Head of Corporate Finance. Since 2015, he has been a founding partner and board member of FIEE (Fondo Italiano per l’Efficienza Energetica) Sgr S.p.A.
Mr. Cereda obtained a degree in business economics from Bocconi University in 1989.

Pamela Culpepper was appointed an Independent Non-Executive Director in January 2022. She is co-founder of Have Her Back, LLC., a female-owned, female led culture consultancy focused on advancing equity for all. Ms. Culpepper was the Chief Human Resources Officer at Cboe Global Markets, Inc., one of the world’s largest exchange holding companies.

As a veteran HR executive, Ms. Culpepper has over 25 years of experience. She joined Cboe from Golin, where she was the company’s Chief People Officer. For more than 14 years prior, she held various leadership roles with PepsiCo, Inc., including Chief Global Diversity and Inclusion Officer, Vice President Human Resources for Quaker Foods and Snacks; Vice President Human Resources for PepsiCo’s Beverages Supply Chain; and Vice President Talent Management and Diversity for Quaker, Tropicana and Gatorade. Before PepsiCo, Ms. Culpepper held progressive roles with McKesson Corporation, Clorox and Wells Fargo.

Ms. Culpepper has a BA in Psychology from the University of Arkansas at Little Rock and a Master of Public Administration in Organizational Change from California State University, Eastbay.

Anna Maria Rugarli was appointed an Independent Non-Executive Director in January 2022. She is a Sustainability & CSR expert with more than twenty years of experience in designing innovative programs and in developing sustainability strategies.

Ms. Rugarli initiated and launched Nike’s Sustainability & CSR programs in Europe, Middle East & Africa and was with the company for 12 years, pioneering this work at industry level. She then led VF’s Circular Economy strategy at global level as well as Sustainability, Purpose, and D,E&I strategy at regional level for 10 years.

She is currently holding the Corporate Sustainability Vice President position at Japan Tobacco International. She graduated in Political Sciences and is a certified broker in Cross-Sector Partnerships at Cambridge University.

Yoël Zaoui was appointed an Independent Non-Executive Director in May 2021. He is a co-founder of Zaoui & Co., which was established in 2013, to advise select clients on mergers, acquisitions and other strategic and financial transactions. Mr. Zaoui began his investment-banking career at Goldman Sachs in 1988, and, over a 24-year career was responsible for some of Europe’s largest and more defining corporate transactions.

Mr. Zaoui was educated in France and the US; he obtained a diploma from the Ecole des Hautes Etudes Commerciales (HEC, 1982), a DEA doctoral degree in Finance from Université Paris-Dauphine (1983) and an MBA from Stanford University (1988). Mr. Zaoui continues to be actively involved with his alma maters, serving as a member of the Cercle des Grands Donateurs de la Fondation HEC. His Majesty the King of Morocco Mohamed VI of the Order of Wissam has decorated Mr. Zaoui.

OFF
Share
corporate governance
board of directors
board of statutory auditors 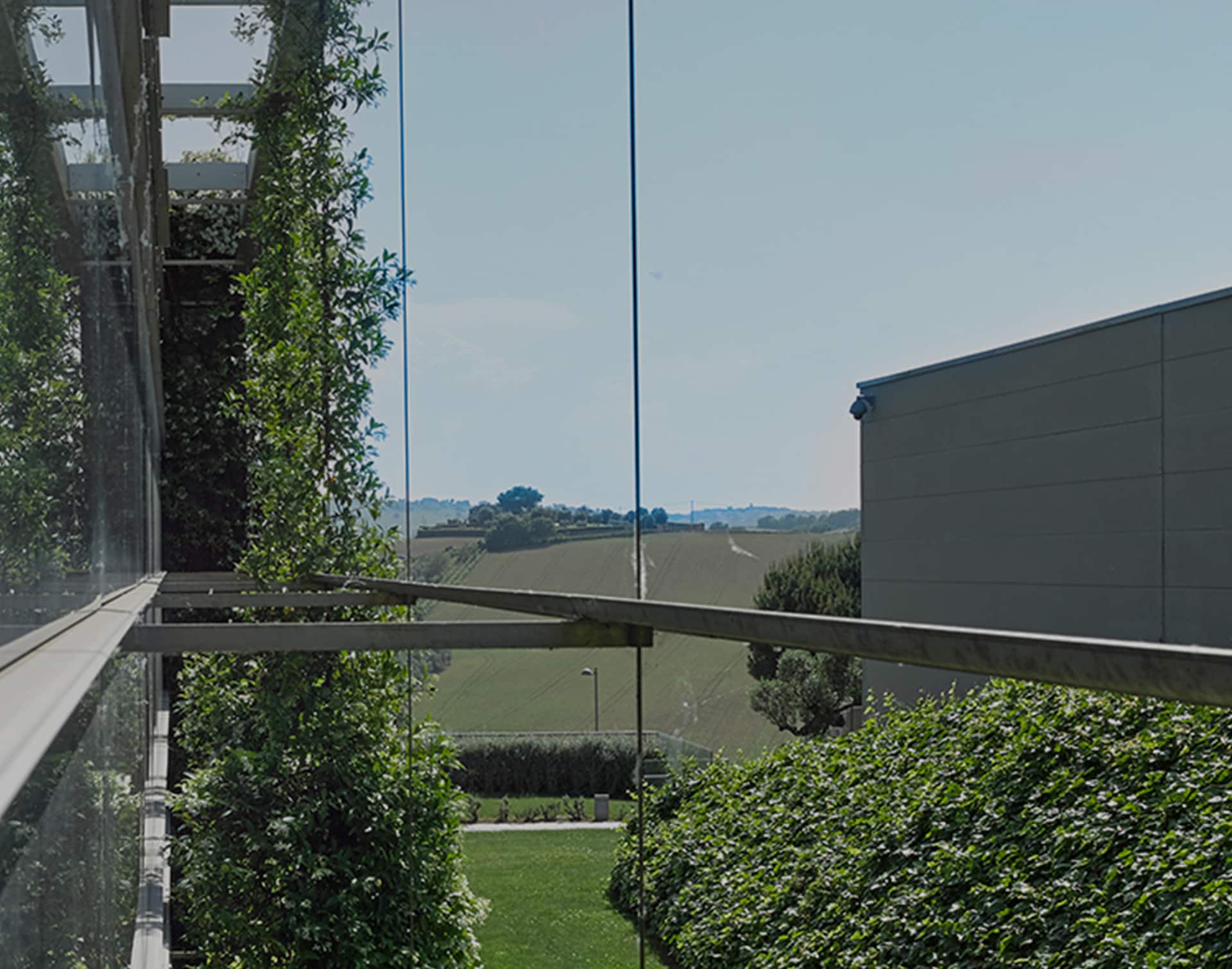 Message from the Head of CSR