Montevarchi garden factory is the realization of an industrial architectural design capable of fully integrating greenery in a shoe manufacturing facility.

Alongside the Montegranaro facility, the Prada Group entrusts the architect Guido Canali with the design of a second factory dedicated to the production of footwear in the Arezzo province of Valdarno, in Tuscany.

Preservation and respect for the environment continue to be at the core of the design project of the building, which develops horizontally in order to limit an impact that could be perceived as outsized compared to its surrounding context.

The simple and essential architectural layout located in front of the street, yet concealed from outside gaze by grass steps and a greenhouse, is designed to create a environment that offers relief and solace soothing the gaze of the workers. Workstations are surmounted by a landscape of bamboo plants, hills and endless sky. 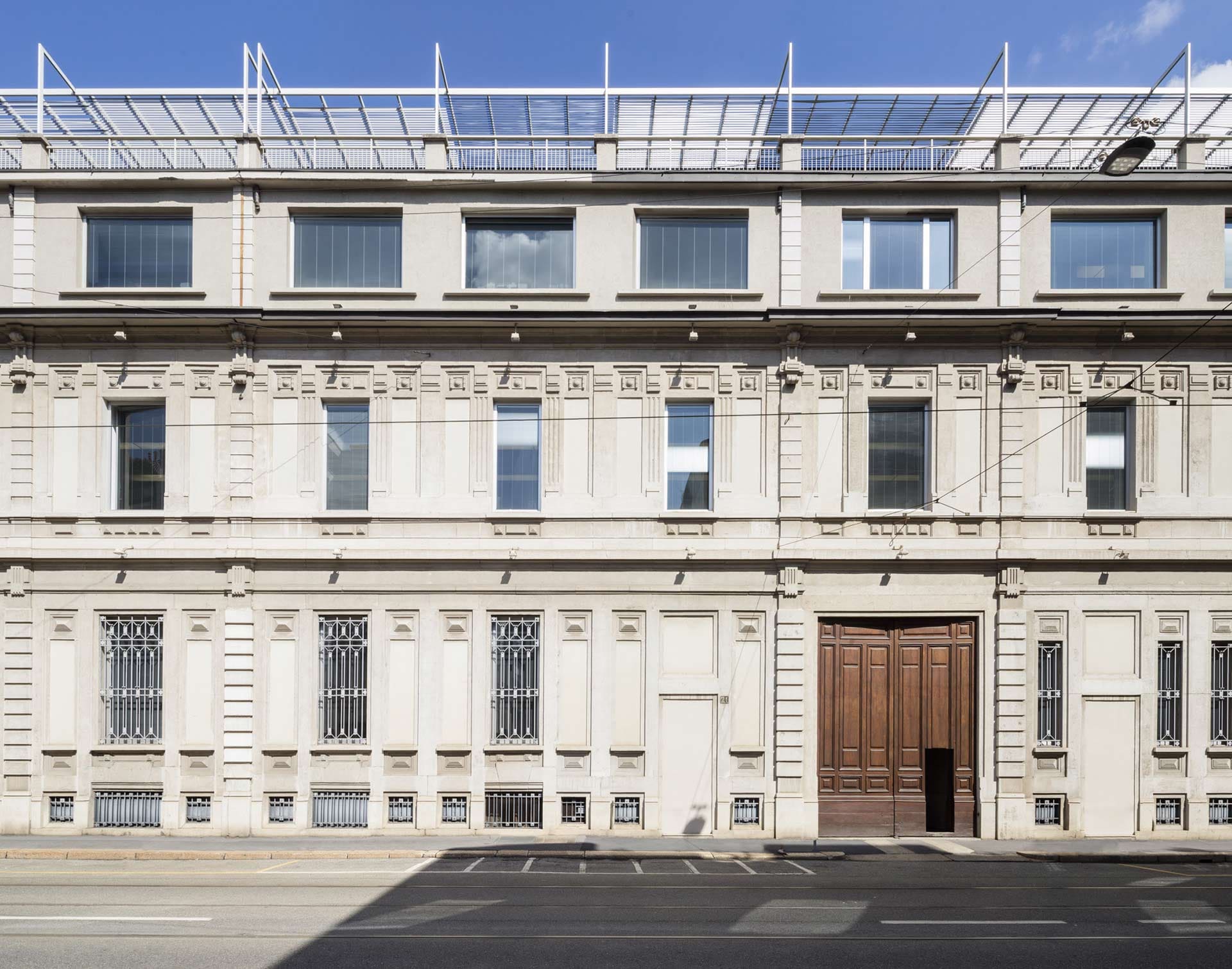