SUSTAINABILITY / FOR CULTURE
SEA BEYOND 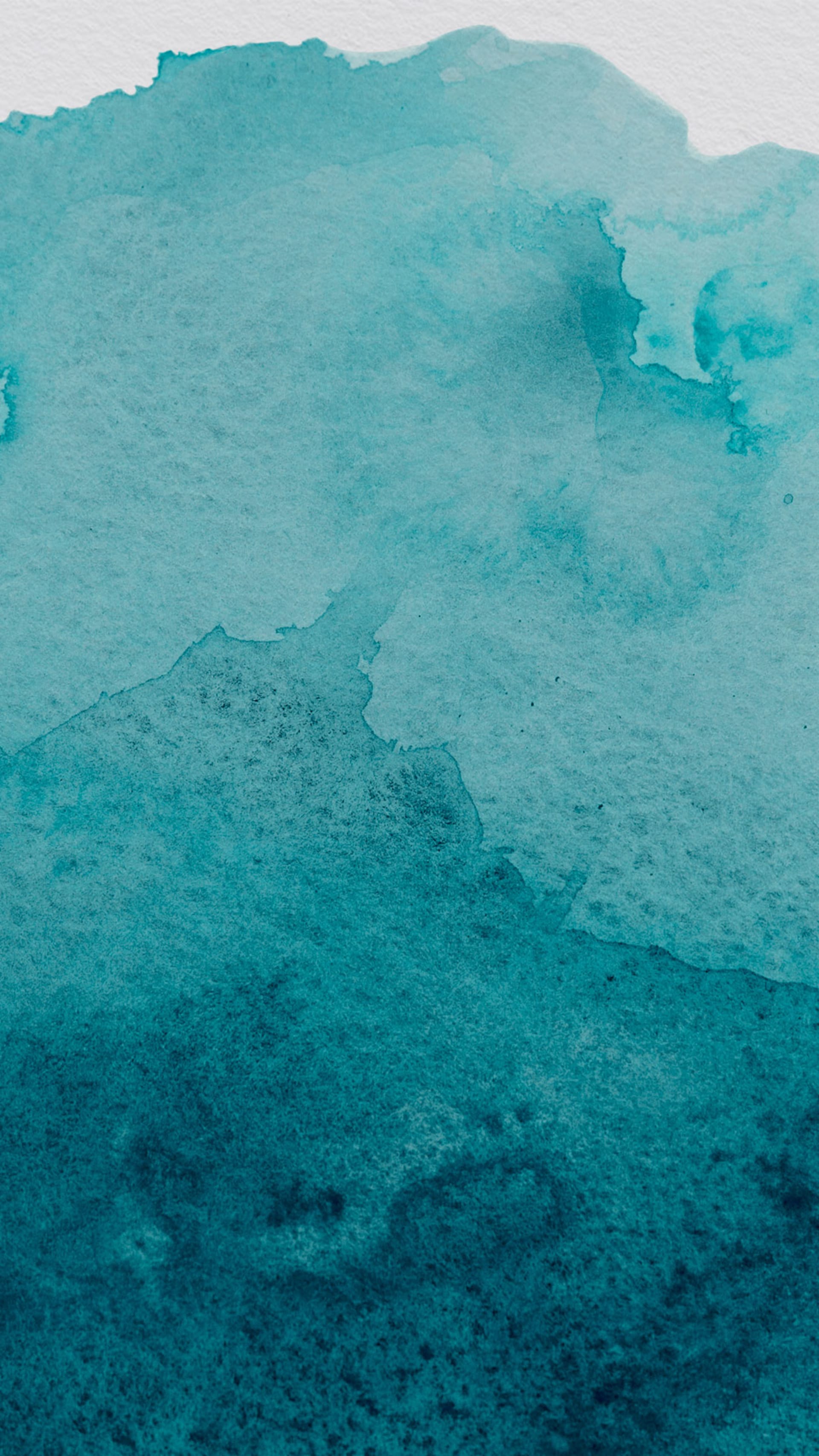 SEA BEYOND, promoted by the Prada Group and UNESCO’s Intergovernmental Oceanographic Commission (IOC), is an educational programme to raise awareness of sustainability and ocean preservation.

The project – which has been supported by a percentage of the proceeds from the sales of the Prada Re-Nylon collection – underscores the Prada Group's commitment to sustainable choices, in line with the United Nations 2030 Agenda and its 17 Sustainable Development Goals (SDGs).

Since its debut in 2019, the initiative has trained more than 600 international secondary school students and, in January 2021, was officially linked to the UN Decade of Ocean Science for Sustainable Development.

The second edition of the project is composed of three main initiatives: a new educational module for students all over the world, the launch of the Kindergarten of the Lagoon - a programme of outdoor lessons for children in preschool - and an educational path specifically designed for the 13,000+ employees of the Prada Group.

From last autumn to spring 2022, students took part in a cycle of lessons to learn more about the Ocean Decade for Sustainable Development and they experienced a virtual reality content dedicated to the project to discover Prada Group’s commitment towards the ocean. They also participated in an international contest, to freely interpret one of the ten Ocean Decade challenges.

“For this second edition, we felt the need to thank all the students with an event able to celebrate the commitment that they continue to show towards the SEA BEYOND project. The international Ocean Conference in Lisbon seemed to us the perfect frame to discuss together, once again, an issue that is very close to our hearts: protecting the sea and its resources.” 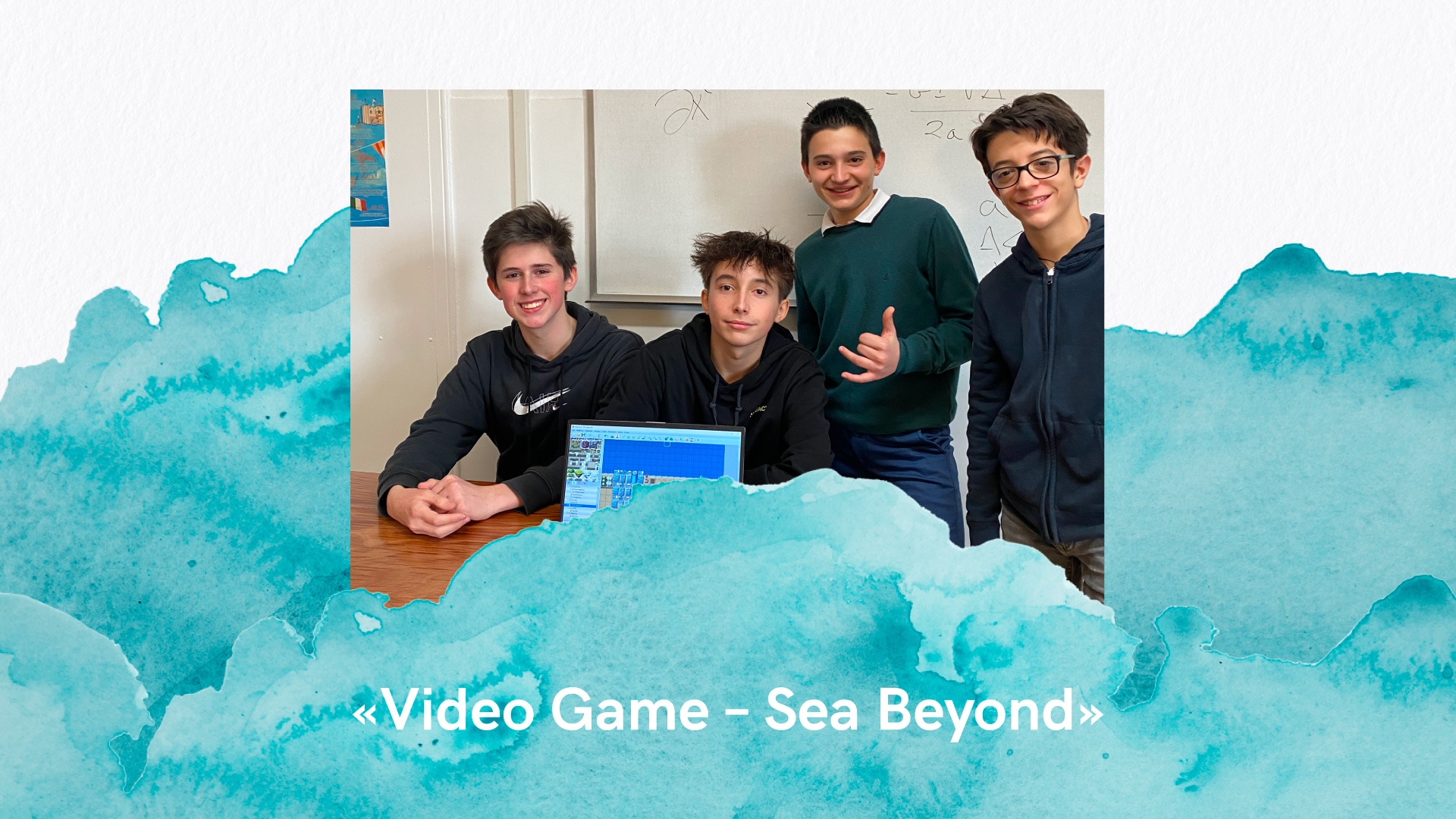 THE JURY: OUR SEA BEYONDERS in alphabetic order

Enzo Barracco is a Emmy Nominated photographer and author of “The Noise of Ice: Antarctica” who lives and works in London - New York. After a lifetime career within the fashion and luxury industry his focus shifted to inspirations related to sustainability, with the purpose of raising collective awareness through art. In the past few years he has managed to build a network of global excellences around his projects, involving world’s premiere governmental organizations, cultural institutions and philanthropy foundations. At the moment Enzo is working on a new book about Galapagos, coming soon in late 2022.

Lorenzo Bertelli has been Group Marketing Director since 2019 and from 2020 has been appointed Group’s Head of CSR. He is responsible, on one side, for the Group’s Marketing and Communication strategy and for the development, innovation and sales analysis of the retail channel for all the Group’s brands and, on the other, for the Group’s overall approach to sustainability strategy and initiatives.
He joined the Group in 2017 as Head of Digital Communication and was appointed as Head of Marketing and Communication in 2018. Mr. Bertelli has also been Director of Prada Holding S.p.A. since 2015.
In 2021, he joined the Prada S.p.A. Board of Directors as Executive Director.
Lorenzo Bertelli obtained a degree in Philosophy at San Raffaele University in Milan in 2008; he is the son of Miuccia Prada and Patrizio Bertelli, the Chief Executive Officers of the Prada Group.

As the first grandson of Jacques-Yves Cousteau, Fabien spent his early years aboard his famous grandfather’s ships, Calypso and Alcyone; and learning how to scuba dive on his fourth birthday. He is well known for his study of sharks. From 2000-2002, Fabien was an Explorer-at-Large for National Geographic and collaborated on a TV special aimed at changing public conceptions about sharks called, “Attack of the Mystery Shark”. In 2003-2006, he produced the documentary, “Mind of a Demon”, that aired on CBS. With the help of a large crew, Fabien created a 14-foot, 1,200- pound, lifelike shark submarine called “Troy” that enabled him to immerse himself inside the shark world, providing viewers with a rare view of the mysterious and often misunderstood creatures. For the next four years (2006-2010), Fabien was part of a multi-hour series for PBS called, “Ocean Adventures” with his father, Jean-Michel Cousteau, and sister, Céline, inspired by his grandfather’s famous 1978 PBS series, “The Cousteau Odyssey”. In the following years, and as a member of multiple cause- driven and charitable boards, Fabien has been working with local communities and children worldwide to help restore local water ecosystems. In June 2014, Fabien and his team of aquanauts embarked on Mission 31, the longest science expedition to take place at Aquarius, the world’s only underwater marine laboratory located in Florida. Fabien’s Mission 31 broke new ground in ocean exploration and honored the 50th anniversary of his grandfather’s original underwater living experiment (Conshelf Two) by going deeper, longer and further, while broadcasting the Mission live on multiple channels educating and exposing the world to the adventure and mystique of our blue planet. Early in 2016 he founded the Fabien Cousteau Ocean Learning Center (“FCOLC”) to fulfill his dream of creating a vehicle to make a positive change in the world. Currently he is working on multiple projects and dedicates much of his time to Proteus™, the International Space Station of the Ocean and the initiatives of his non-profit, the FCOLC including: Coral Reef Resilience Program, Beach Clean Ups, Sea Turtle Restoration and Ocean Discovery Educational Curriculum Program. Fabien is the Co-Founder and Chairman of the Board for Proteus Ocean Group (POG), an Explorers Club Member and a WWF Ocean Witness. He is also a Board Member of River Keepers and the Sea Keepers Science Council and has been recently named Honorary Advisor to the NGO Committee Sustainable Development-NY. He has received several awards including the United Nations NEXUS Global Goals Award for Excellence and Leadership, David Attenborough Excellence in Filmmaking Award, Golden Eagle Award, Beneath The Sea Diver of The Year, World Team “Pioneer For The Planet” Award, Peter Benchley Lifetime Award and is the ISS (International Super Yatch Society) Awards Judge and creator of the ISS Fabien Cousteau BLUE Award.

Kerstin Forsberg is a Peruvian marine conservation biologist. She is founder and director of Planeta Océano, a Peruvian non-profit organization empowering coastal communities in marine conservation through research, education and sustainable development efforts. Her efforts have engaged thousands of coastal community members in marine conservation, and have included pioneering manta ray conservation in Peru, protecting critically endangered sawfish, forming Northern Peru’s Marine Educators Network, connecting schools across borders in ocean literacy, among others. She is Board Member of the international non-profit Migramar and has served as a consultant for the private, governmental, and inter-governmental sectors, including UNESCO and the Intergovernmental Oceanographic Commission. Forsberg has been named as one of Fortune Magazine’s ‘50 World’s Greatest Leaders’. She has been named a ‘Next Generation Leader’ by TIME, a ‘30 Under 30 Social Entrepreneur’ by Forbes and has served as a Guest Editor for CNN’s ‘Call to Earth’. Her work has been featured in the documentaries ‘Kerstin and the Giant Manta Rays’ and ‘Perpetual Planet: Heroes of the Oceans’. As a public speaker, Kerstin has presented in over 16 countries, in venues including the World Economic Forum Annual Meeting in Davos, the United Nations Headquarters and the Royal Geographic Society. Kerstin is a Rolex Award for Enterprise Laureate, Whitley Award (‘Green Oscars’) Winner, a World Economic Forum Young Global Leader, an Ashoka Fellow and a member of Friends of Ocean Action.

Valentina Gottlieb operates in the Event Management sector since more than fifteen years, dedicating her skills to the Marketing and Development departments. With her activity, she contributed promoting numerous scientific associations and medical training projects. In parallel with her managerial role, she has always been working in the entertainment business as Creative Director and Actress for TV and Media projects. Valentina dedicates her visibility to a responsible communication, considering crucial sharing sustainable values and love for nature. Passionate about nature-related sports as diving and windsurf, other than yoga and mountain activities, she contributes to spreading socially relevant contents, as the protection of our Planet Earth and the Oceans. Valentina participated to the Sea Beyond campaign as protagonist, by driving the public across the main locations and the main topics of the project, diving into the Sardinian seabed to document the Posidonia reforestation process.

Dr Vladimir Ryabinin (Engineer, 1978; Ph.D., 1982; and Doctor of Sciences, 1995) is the Executive Secretary of the Intergovernmental Oceanographic Commission of UNESCO and Assistant Director-General of UNESCO. Dr Ryabinin is an oceanographer, marine engineer, climatologist, and emeritus meteorologist of Russia. His research has led to a number of achievements in weather prediction, marine engineering, and in ocean and climate science. Some of his previous affiliations include the Hydrometcentre of Russia (as a researcher and head of laboratory), Moscow State University (as a lecturer), International Ocean Institute (as the director), and World Climate Research Programme (as a senior scientific officer). Dr Ryabinin’s research started from mathematical modelling of ocean currents. He is a key developer of the first Soviet model that started predicting weather for the country for 5-7 days ahead. Later he worked in the Russian Arctic studying sea-ice and leading a big project for shelf engineering. He also developed a mathematical model of wind waves on the surface of the ocean. With his knowledge of ocean and atmosphere, sea ice, in 1980s he started to act as an expert for the United Nations, in 1990s contributed to the core design of the ocean observing system, and in 2000s-2010s was coordinating international climate research. Since 2015 his focus has been on using the science for saving the ocean.

Born in Lisbon in 1977, Hugo Vau is an environmental activist, motivational speaker, passionate free diver and professional big wave surfer. One of the most accomplished watermen worldwide, Vau is one of the pioneers surfing the  giant waves of Nazaré, being also an expert in tow-in surf and rescue in extreme conditions. Founder of Atlantic Giants, a non-profit environmental organization based in the Azores and ambassador of the Portuguese Marine protected areas, Vau dedicates his life to Ocean preservation and regeneration. The highlight of his surfing career was to ride the mythical Big Mama, estimated in 35 meters high, considered the biggest wave ever surfed in “Praia do Norte”- Nazaré, the spot with the world’s biggest waves.

Patricia is a Brazilian Artist, an Inspirational Speaker, a Marine Advocate and a “Water & Ocean Reconnection Experiences” Facilitator.
She holds a Master’s degree in Performing Arts from the University of Rio de Janeiro and a Bachelor’s degree in Drama, Arts and Music Studies from the University of Bologna, Italy. In 2017, after working for 20 years with ARTS + EDUCATION + SUSTAINABILITY interactions in artistic and academic environments, as well as in NGOs, private companies and governmental bodies, she decides to dedicate her life to what she loves the most: the Ocean. So she founds ACQUA MATER, an organization that develops multidisciplinary projects to reconnect us to Ocean and to all its waters. In 2019 she releases “We are Water”, the first documentary produced by Acqua Mater’s “Nomadic Water School”. Besides promoting the construction of a New Water Culture and the dissemination of Ocean Literacy’s principles and contents, she runs ongoing research about our Marine Memories, associating traditional knowledge, human and natural sciences. She collaborates with various international organizations directed to the Youth as a Mentor and an Advisor, such as: Sustainable Ocean Alliance, Waterlution and UNFCCC Youngo Ocean’s Voice. She’s the Brazilian Coordinator of the Latin American Marine Educators Association (RELATO) and an “ImPact Professional” of the UN Brazilian Global Compact Network.
She also integrates global teamwork, which is developing the endorsed Ocean Decade Action “Ocean Literacy With All” (OLWA), coordinated by IOC-UNESCO. 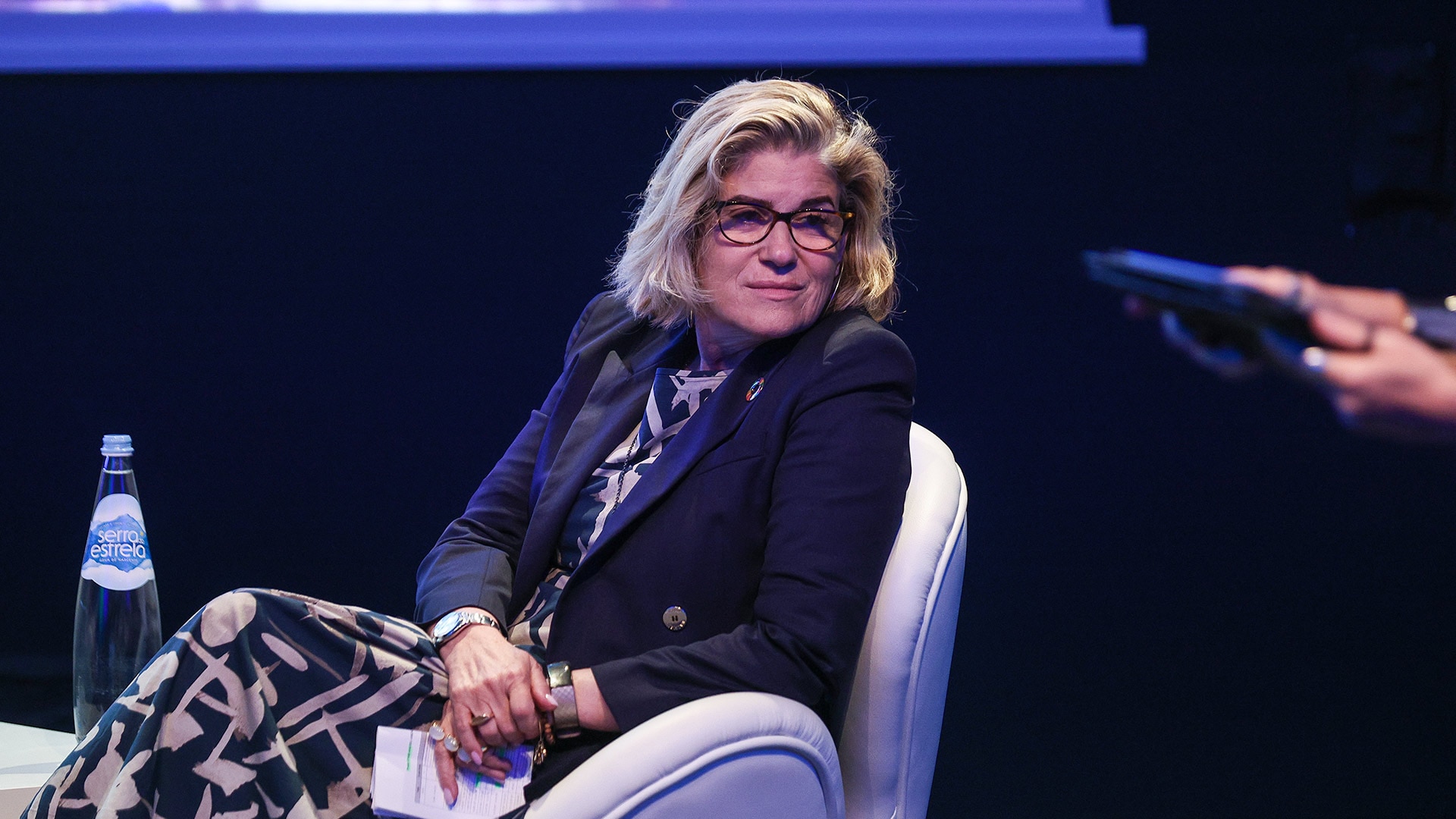 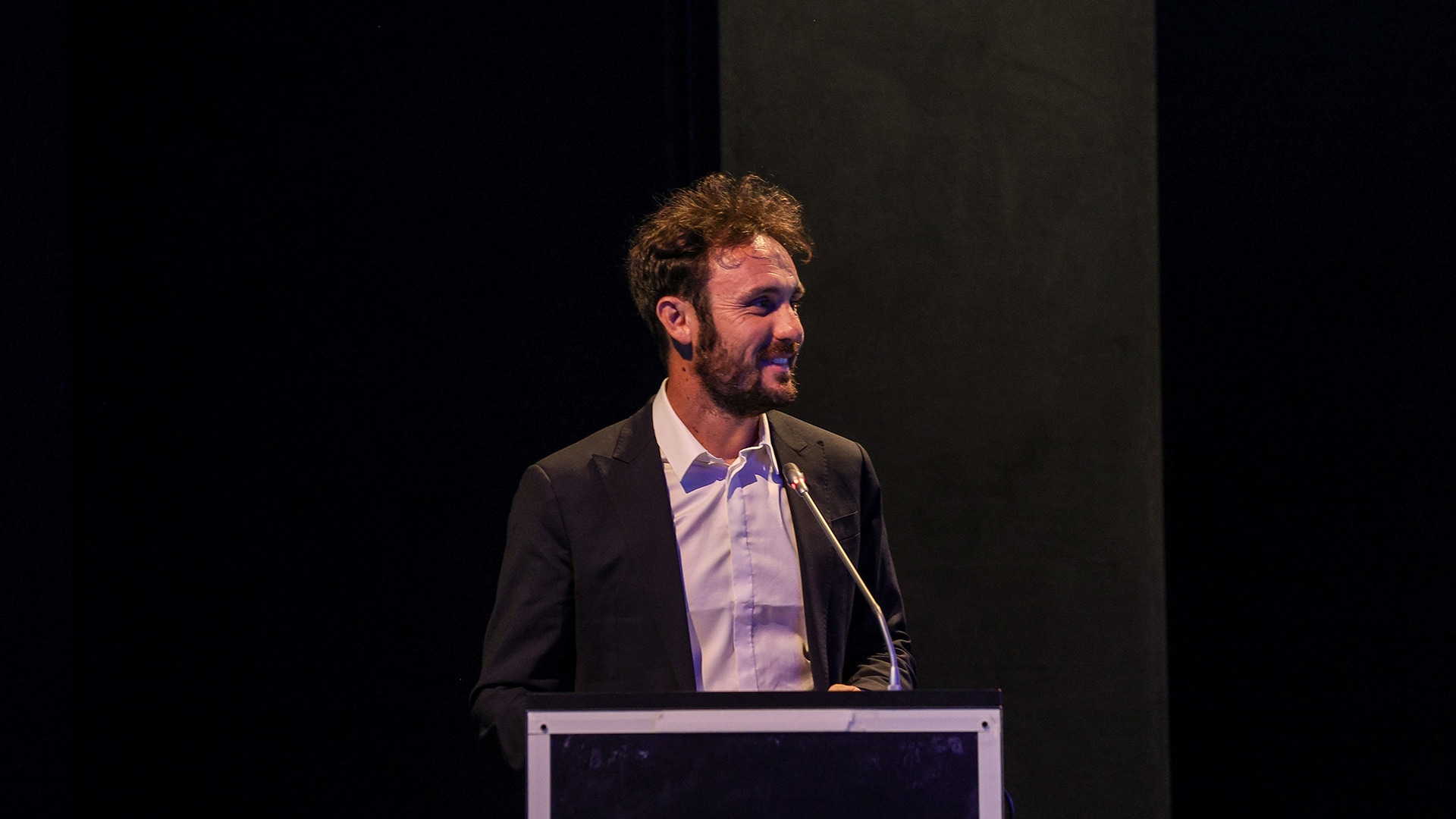 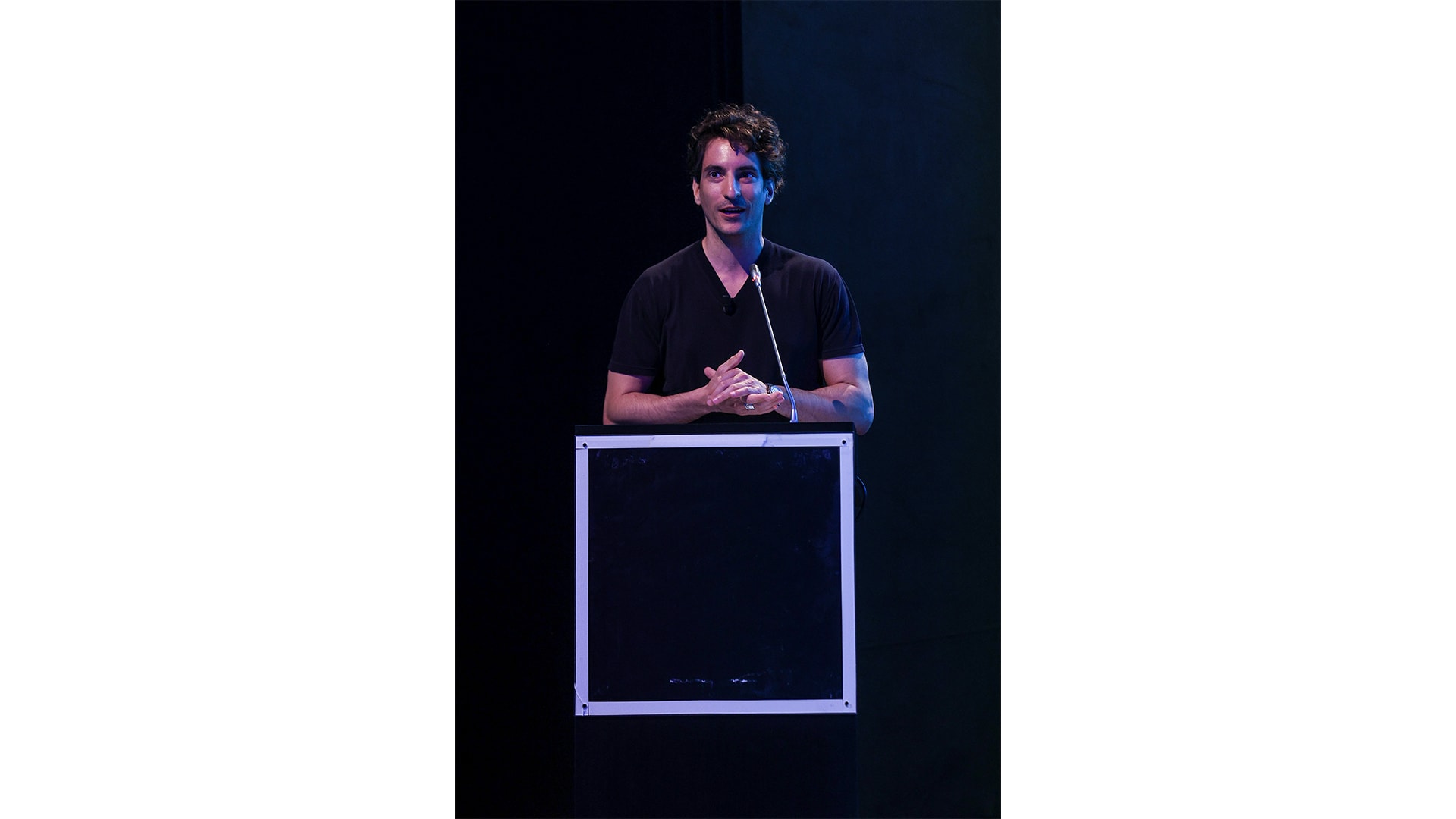