Comprising the headquarters of the Prada Group, the set of buildings is located in an area covering over 10,000 sq. m. between via Bergamo and Via Fogazzaro, in Milan. The project has retained the architectural character of the outer buildings, while creating an interior space that meets the group’s requirements, including executive, administrative, styling and design offices, workshops and a room dedicated to fashion shows.

The goal has been to create functional and essential settings free from decorative elements. Systems, furnishings and details have been specifically designed to fit each function. Natural light is one of the elements that contributes to the definition of the spaces and their functions, while artificial light is planned ad hoc according to the needs of the individual offices. The result of almost four years of work (1996-2000) resulted in a series of wide and bright spaces characterized by elegant and functional furnishings.

THE PRADA SPACE AT VIA FOGAZZARO 36, MILAN

The Milan space in Via Fogazzaro 36 - inaugurated in 2000 - was designed as a location open to the various languages of communication and to the periodic staging of Prada shows and, occasionally, to other events of the Group. The space has also hosted past activities of the Fondazione Prada, notably contemporary art and architecture exhibitions and conferences, as well as film festivals.

Given the complexity and structural diversity of every single event, the space has been conceived to minimize any possible restoration. The original appearance of the building, which dates back to the early twentieth century, was therefore closely preserved, minimizing finishes and leaving the stuccoed and restored parts exposed, thus underlining the existing  contrasting decoration.

Industrial cement flooring emphasizes the desired effect  by bringing out the original features of the place, with its distinctive monumental size and its pared-down minimalism. The way the venue is perceived by visitors is influenced by its striking neutrality, which has made the place flexible and open to the architectural solutions adopted on each occasion according to the various needs.

The building, originally used as an industrial space, later served as storage for bank records. The area is 48 metres long and 29 metres wide and covers a flat surface of approximately 1400 sq.m, for a maximum height of 6 metres. A row of approximately 5-metre-high pillars run along the major axis in the centre of the parallelepiped, creating lateral large segmental arches crossing those formed by the sequence of those same pillars.

The internal structure of the building consists of 11 bays, the first of which currently forms the entrance foyer of approximately 165 sq. m, featuring both a staircase and ramp for access, while the area dedicated to secondary spaces measures approximately 630 sq.m.

A visit to Scandicci 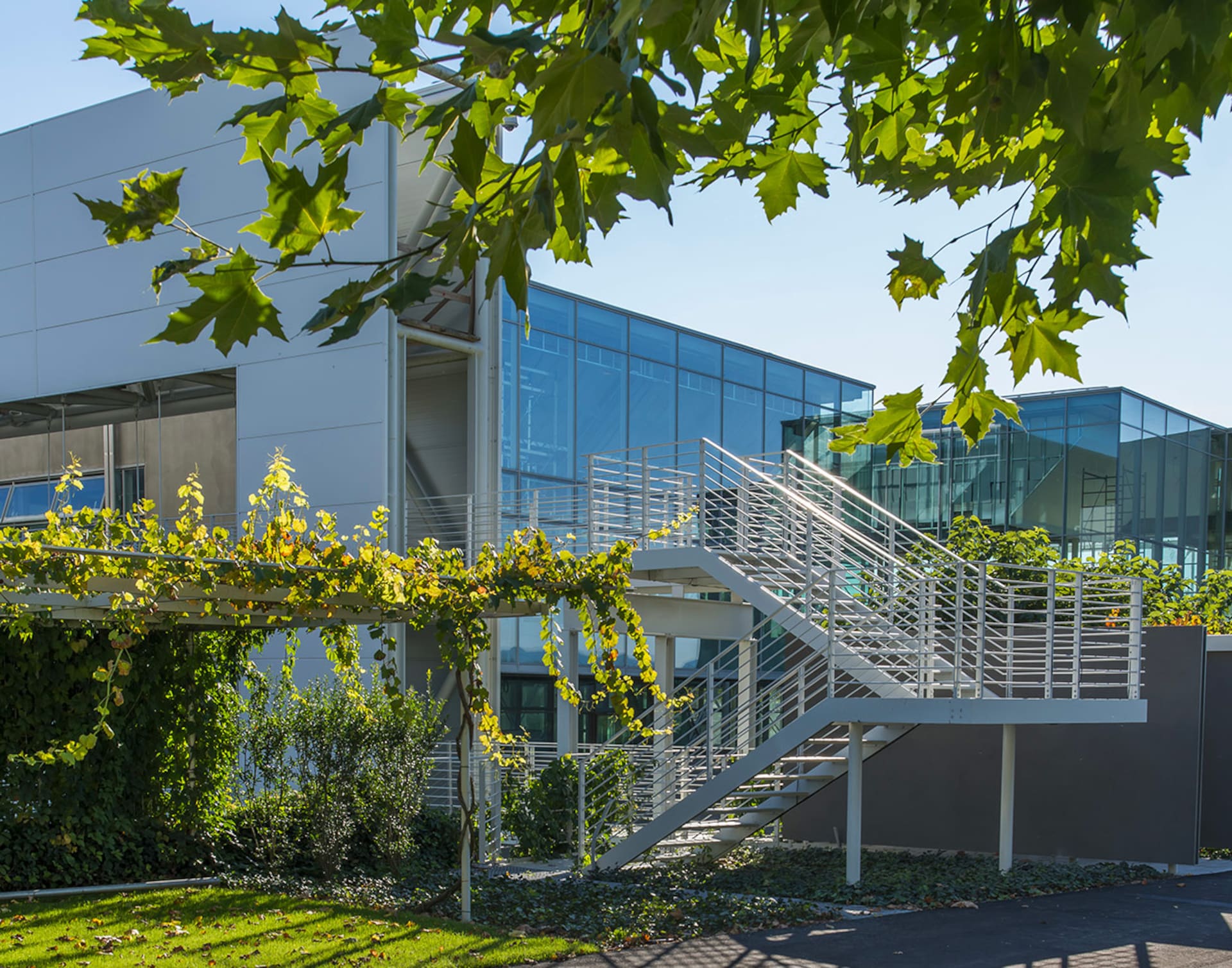