The extraordinary restoration project by Prada, in collaboration with Versace and the contribution of Feltrinelli, the direction of the Municipality of Milan and the high surveillance of the city’s Superintendence of Cultural Heritage and Landscape, returned to the Milanese people a completely renovated Galleria Vittorio Emanuele II.

The operation has unveiled the original two-colour façades, bringing the spotlight back on the architect Giuseppe Mengoni and providing precious scientific data and information on the future preservation of the monument. 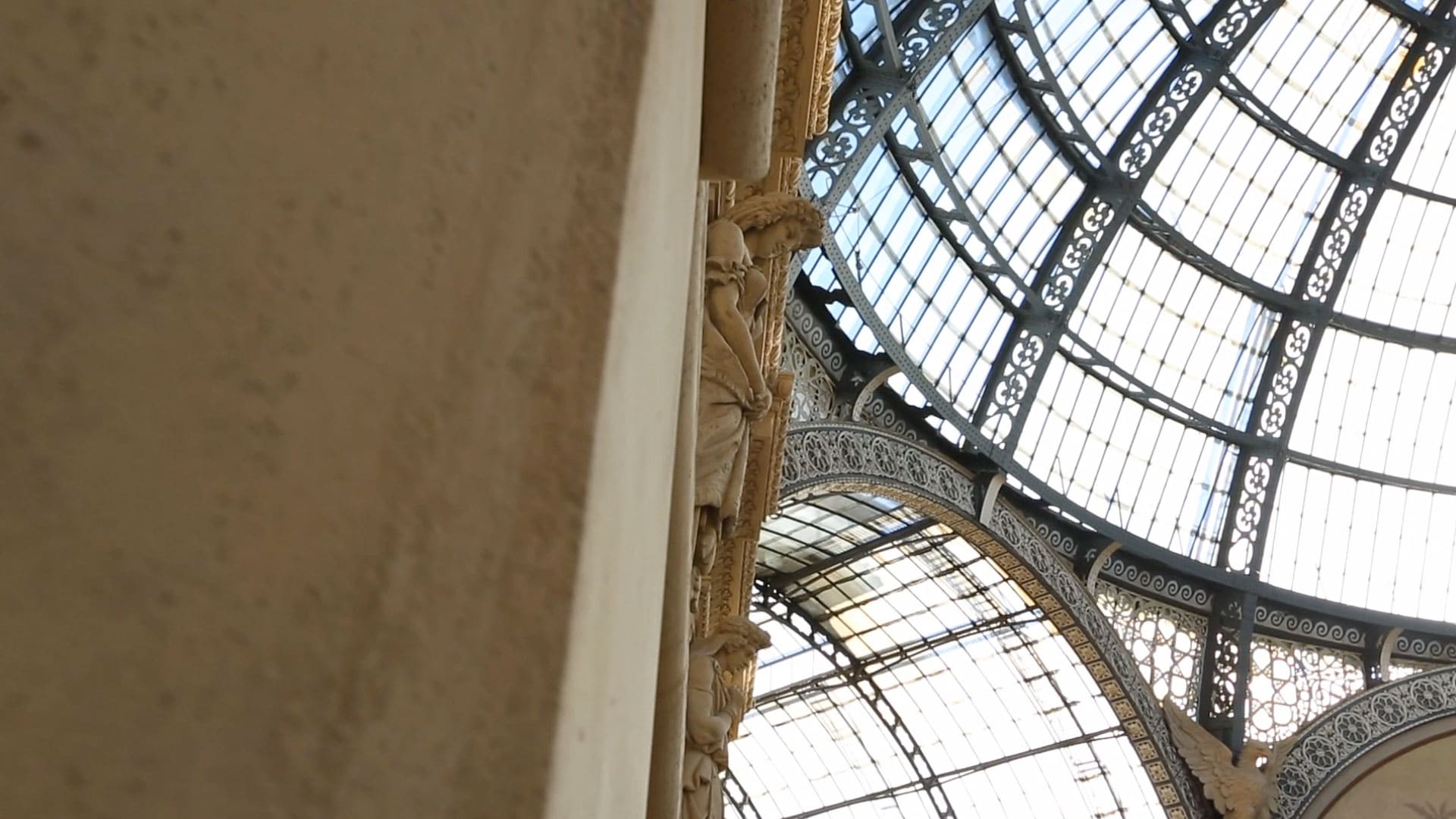 The restoration started in March 2014 was completed in April 2015 thanks to an innovative self-propelled scaffold that allowed the construction site to operate 24-hour a day, involving 12 restorers and avoided the Galleria to be covered by scaffolding for the entire duration of the restoration.

The “flying structure”, consisting in a special machine resting on the ground on eight elements taking up minimum space, moved on a rail system during the night to reveal a new completed phase of the restoration.

Over 200 students of Milan’s elementary schools were offered the opportunity to participate in guided tour of the restoration site. An occasion to introduce children to one of the most important monuments for the city of Milan.

A kaleidoscopic installation, entirely covered with mirrors that enhanced the richness of the newly restored façades, celebrated the completion of the restoration. The project was completed with benches and binoculars that allowed to fully enjoy the restored architectural details, while giving new life to the old-time tradition of sitting in the Galleria for a chat. 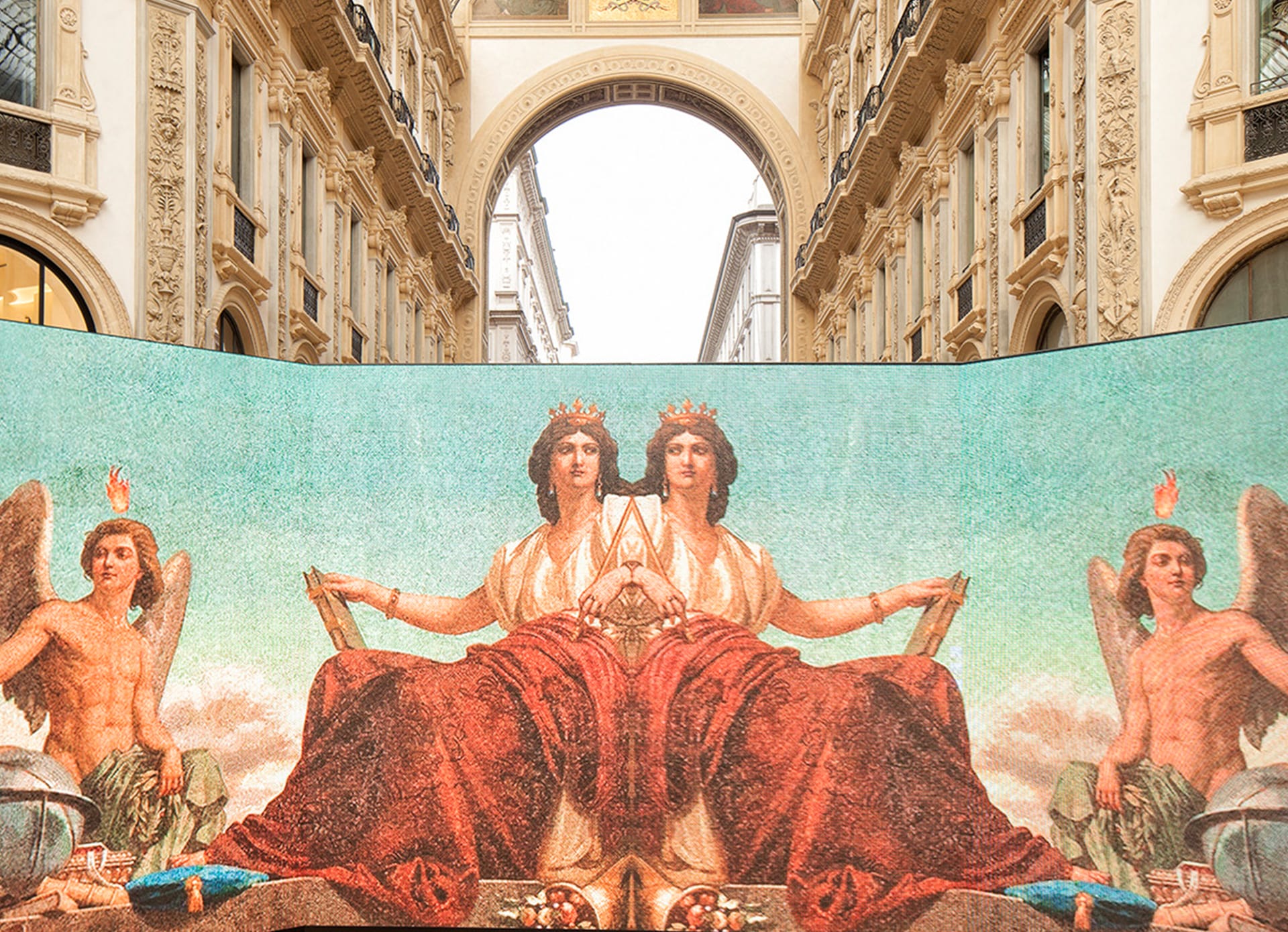 Partnerships with institutions and organizations 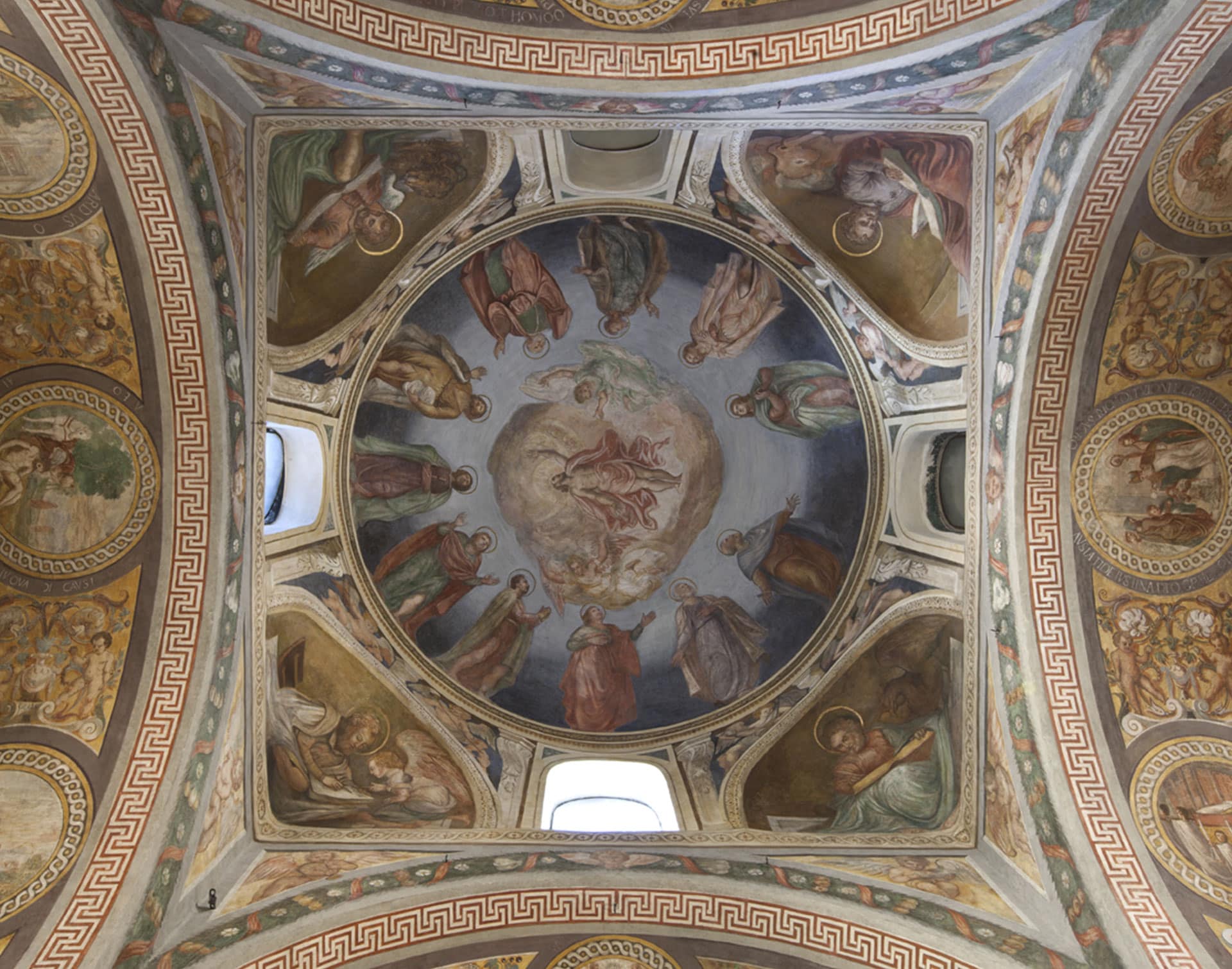 The Prada Group and FAI

A visit to Northampton