Fondazione Prada presents the exhibition “Sanguine – Luc Tuymans on Baroque”, curated by Luc Tuymans, in its Milan venue.
Organized with M KHA (Museum of Contemporary Art of Antwerp) and KMSKA (Museum of Fine Arts of Antwerp) and the City of Antwerp, the project will be featured in Milan in a new and more extensive version, following its first presentation in the Belgian city from June to September 2018. Luc Tuymans conceived an intense visual experience presenting more than 80 works by 62 international artists, including 25 exhibited exclusively at Fondazione Prada.

“Sanguine” is a personal interpretation of the Baroque based on innovative juxtapositions and unexpected associations of works by contemporary artists and Old Masters. Avoiding a rigid chronological order or a strictly historiographical approach, Tuymans evades the traditional notion of the Baroque and invites viewers to reconsider 17th century art, as well as the contemporary research, by placing artists and their role in society at the center of the exhibition narrative.

In the wake of Walter Benjamin’s analysis, according to whom the Baroque marked the start of modernity, Tuymans explores the search for authenticity, the political significance of artistic representation, the emotional turmoil generated by art, the celebration of the author’s personality, and the international dimension of the art scene, recognizing the Baroque as the primary point of reference for today’s art. Not only does “Sanguine” push the traditional boundaries of the Baroque notion by extending its duration to the present day, but also it shows how over the past two centuries artists have helped redefine it, from the negative sense attributed to the word by art critics during the late 18th century, to the reassessment operated by Postmodernism and the re-establishment of a Baroque and figurative expressiveness in the art of recent years.

The exhibition title—a word that signifies the color of blood, but also a violent and vigorous temperament, and a pictorial technique—suggests a multiplicity of perspectives to interpret the exhibited works, in which violence and its simulation, cruelty and dramatization, realism and exaggeration, disgust and wonder, terror and ecstasy coexist.

A sense of disjointed and hyper-realistic corporality and physicality, rendered by different means — from painting to sculpture, from photography to drawing, from installation to video — is expressed by the exhibited works. Part of them has a strong visual and emotional impact, such as Fucking Hell (2008) by Jake and Dinos Chapman, in which the grotesque aspect of terror is embodied by 60,000 toy soldiers that practice or suffer violence inside large vitrines, and Nosferatu (The Undead) (2018), a video-installation by Javier Téllez that explores cinematographic memory and the isolation of the mentally ill. 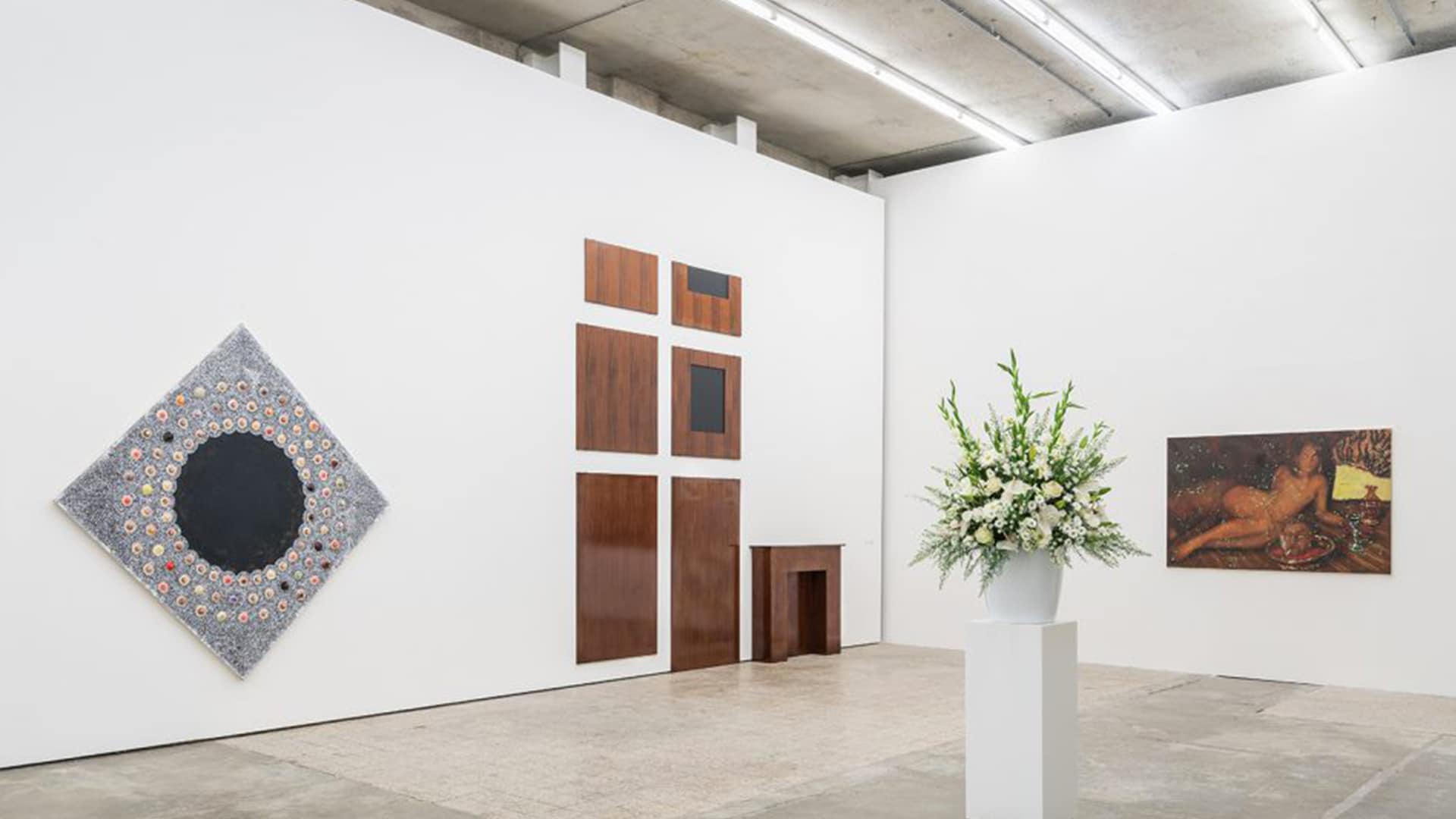