There’s an airy, languid mood in House Comes with a Bird. It’s quintessentially late afternoon Californian sun. The eponymous house — luxurious, mid-century, open plan — gently hosts a number of clipped social encounters. Each of these denotes dynamics of power in race, gender and class. While it’s the macaw that seems ostensibly and literally caged, Bravo’s drama of manners suggests that every single one of us may not be quite as uncaged as we assume. 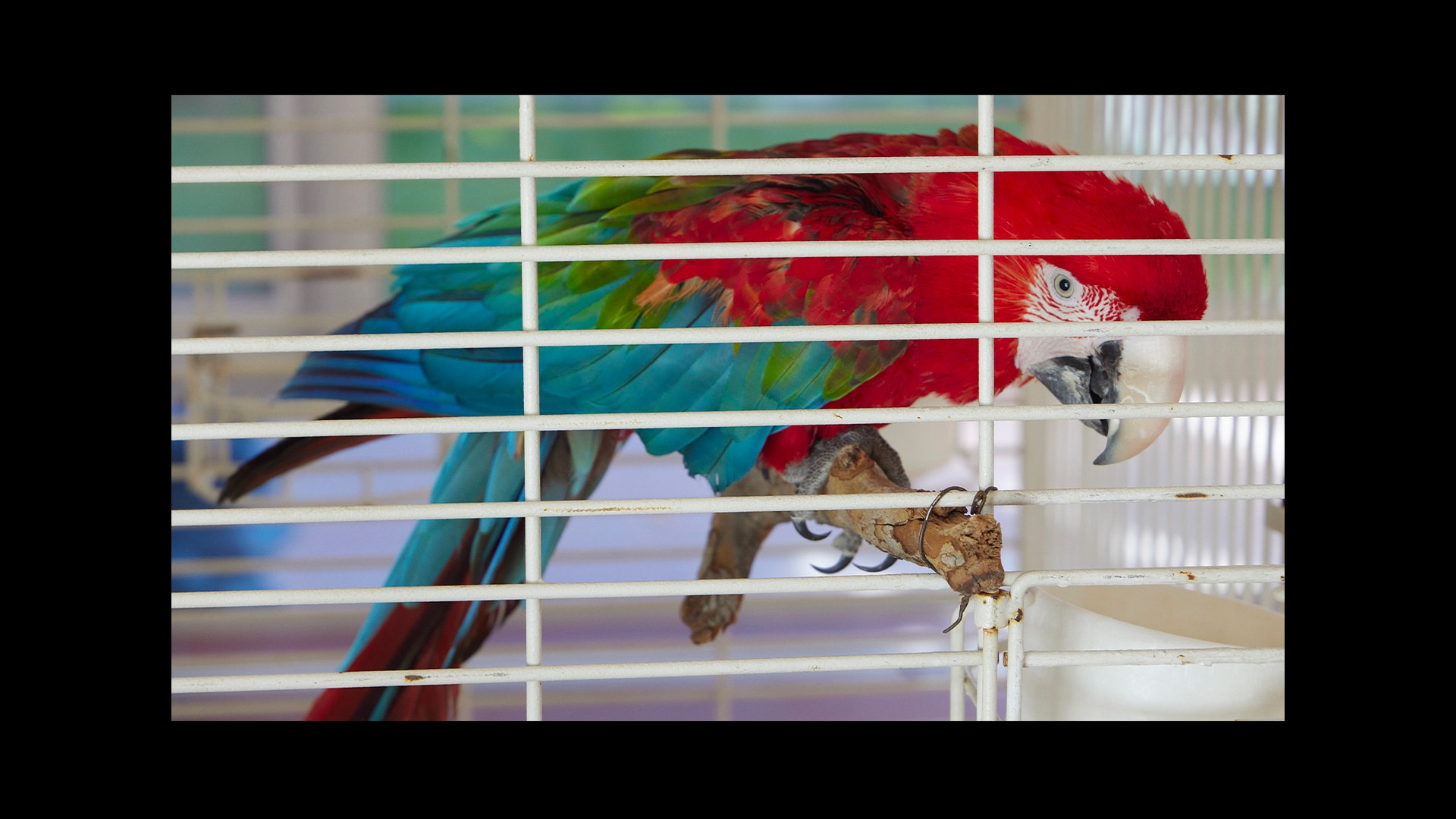