MIU MIU CLUB AT THE HOTEL REGINA IN PARIS

Saturday, 30 June, the Miu Miu Croisère Collection was presented in the Hôtel Regina in Paris, a jewel of Belle Époque overlooking the Jardin des Tuileries and the Louvre. A new reproduction of Frémiet’s work is situated inside the hotel lobby aquarium and the spirit of Joan of Arc hovered over the event, a symbol of the transgressive woman.

The space is designed by six-time Academy Award nominated and BAFTA award winning production designer Sarah Greenwood.  “This is an occasion to celebrate the freedom, camaraderie and vivacity that embodies the spirit of Miu Miu”, noted Greenwood, who described Joan of Arc as  “the original feminist, a young woman’s voice who still resonates today – pop punk over classical.”

The contrast between the cinematic set design, Belle Époque luxury hotel setting, and gilded symbol of radical resistance set the scene for the latest offering from Miuccia Prada: a contemporary take on traditions of femininity. 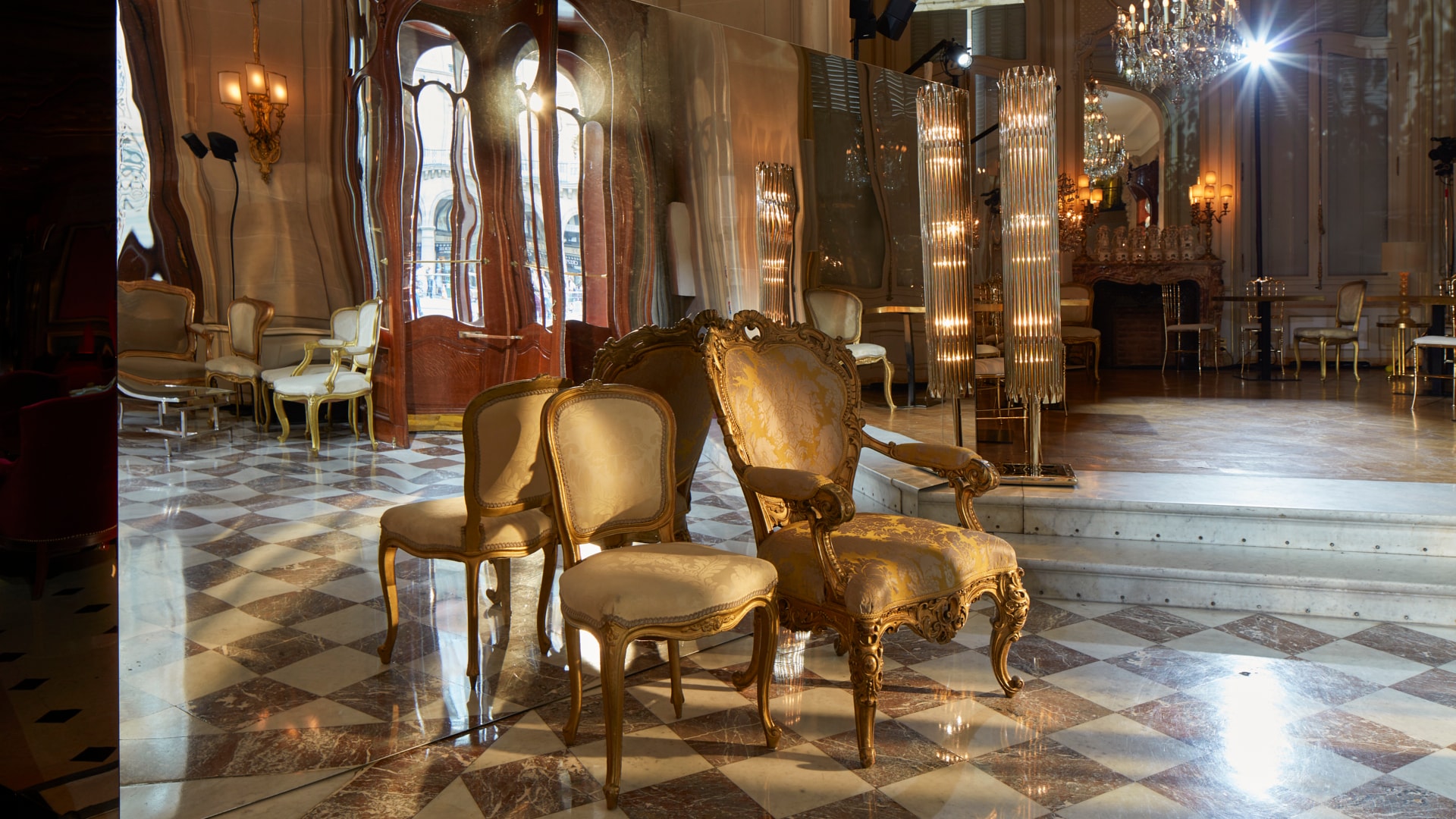