Milan, 21st July, 2021 - Protagonist of the latest Miu Miu F/W 2021 campaign is the actor Emma Corrin - whose courage in her abandonment, whole-heartedly, to every role, has boldly powered her to international prominence.
Captured in a direct and arresting series of studio portraits, her gaze in each an echo of female archetypes - joyful and reflective, serious or seductive - photographed by Steven Meisel with creative direction by M/M Paris. Her personality projects onto every image - staring boldly from the picture plane. As Corrin gives her characters strength, Miu Miu clothes its wearers for brave endeavours. 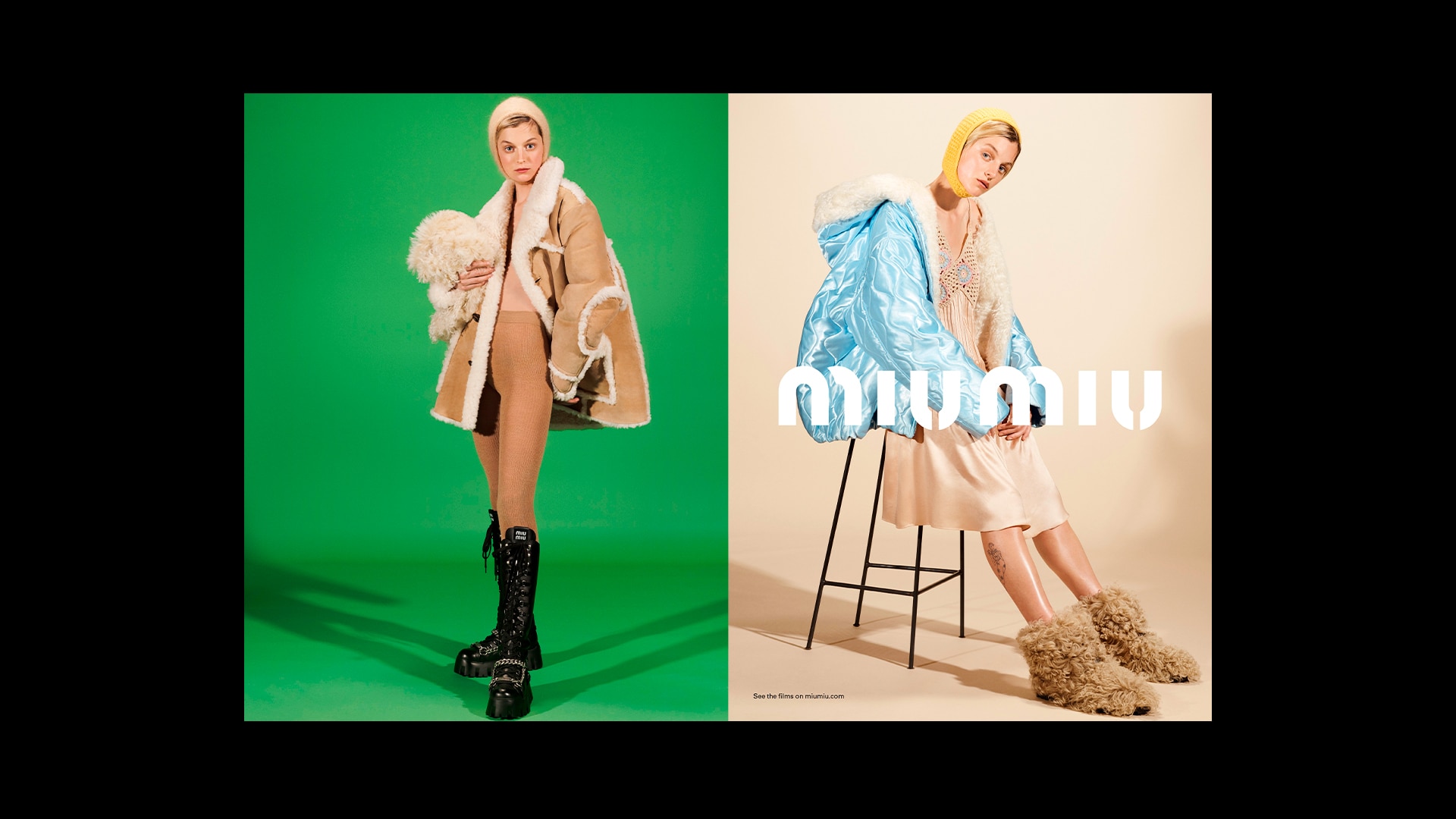