Milan, October 4th, 2022 - Motion, transformation, perpetual change - forever shifting, along a line drawn between two points. The Prada Linea Rossa Fall/Winter 2022 campaign reflects a fundamental ethos of dynamic locomotion, ceaseless movement between different poles. And through that motion, clothing transforms, adapting itself to divergent terrain, disparate needs and demands. Constantly changing, ever evolving. The Fall/Winter 2022 campaign captures this endless mood of wanderlust, in a series of photographs and motion image created by Norbert Schoerner. Within each, two realities create an impossible hybrid, capturing Linea Rossa as it morphs between extremes, between mountain terrain and urban ecosystems. The protagonists sprint between these environs, captured in movement, their speed blurring the world until two polar realities fuse seamlessly into one. The imagery reflects the identity of the Linea Rossa collection, the interlacing of different universes, racing between one reality and another. Pieces draw on winter sports - the streamlining and padded protection of skiwear, translated to metropolitan clothes recalibrated for city living. Fabrics are designed to adapt to differing locales, to new demands - mixes of nylon, techno-knit and Prada Extreme-Tex form chassis around the body, achieving delicate balance between disparate elements, fluctuating temperatures, and the demands of the everyday. 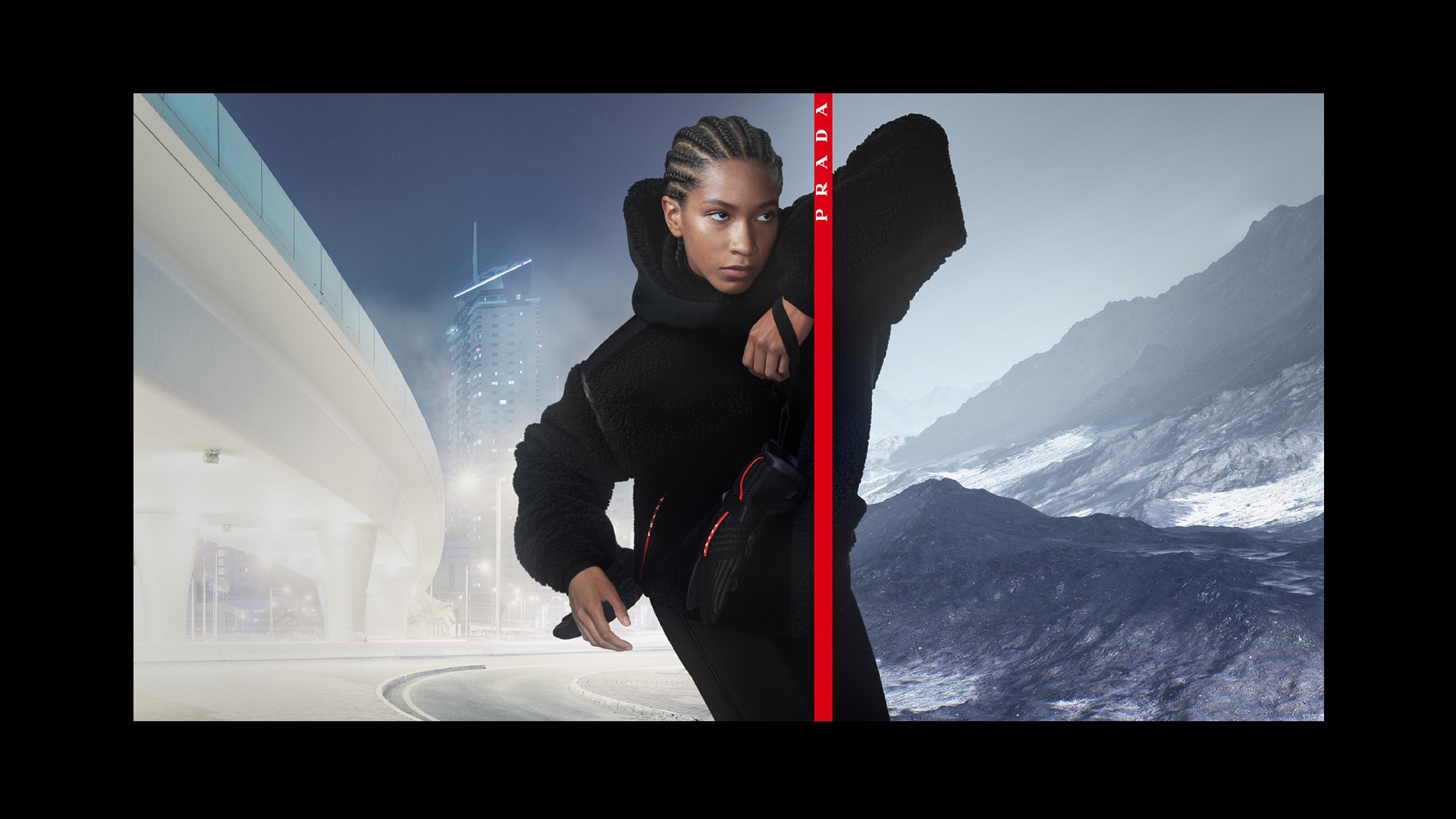