THE PRADA GROUP AND FORESTAMI TOGETHER FOR NATURE

Milan, 30th September 2022 – As part of Milan’s annual Green Week, Prada Group and Forestami – the urban reforestation project which aims to plant three million new trees in the metropolitan city of Milan by 2030 – hosted the symposium "Nature at the heart of research and workspace design", on September 30 at Triennale Milano, as a moment of dialogue on the role of nature as a key element for people's health. On this occasion, the Prada Group confirmed its adhesion to Forestami project to which it will contribute starting next year.

Introduced by a message from Lorenzo Bertelli, Prada Group Head of Corporate Social Responsibility, the event saw the participation of architects Stefano Boeri - Chairman of the Scientific Committee of Forestami - and Guido Canali, designer of the Prada Group's 'garden-factories', who have been engaged for many years in experimental projects in which nature is the substantial element of design. To the debate – moderated by architect and journalist Silvia Botti – also took part Hellas Cena, surgeon, researcher, and Pro-rector for the Third Mission of the University of Pavia, who analysed the effects of green areas on people's mental and physical wellbeing, and Maria Chiara Pastore, professor and researcher at the Milan Polytechnic and Scientific Director of Forestami.

During his speech, Guido Canali illustrated the design of Prada's latest project, the Logistics Hub in Levanella - in the province of Arezzo - and in particular, the architecture of the canteen, surmounted by a 1,500 square meters pergola covered in greenery, and inaugurated just this week.

“Architecture cannot be just told, while can be appreciated by looking at it, smelling, touching and empathizing with it", said architect Canali and he continued: “For Prada, we did scrupulous work in which the main objective was providing light and integrating green wherever possible".

Lorenzo Bertelli said, "Joining Forestami is a further step that reflects the Prada Group's commitment for the environment and the communities in which we operate. It suggests an analogy between the philosophy behind our 'garden-factories' and our contribution to green spaces in the city of Milan. With this project, we are also fostering citizens’ opportunities for dialogue and active participation."

“I would like to thank Miuccia Prada, Patrizio Bertelli and Lorenzo Bertelli for their great help and support to Forestami.” declared Stefano Boeri. "Guido Canali’s projects for Prada evokes the typical rigour of architecture and the unpredictability of nature, elements only apparently contradictory, after all we can find them in the evolution of Prada's creative path”, he added. 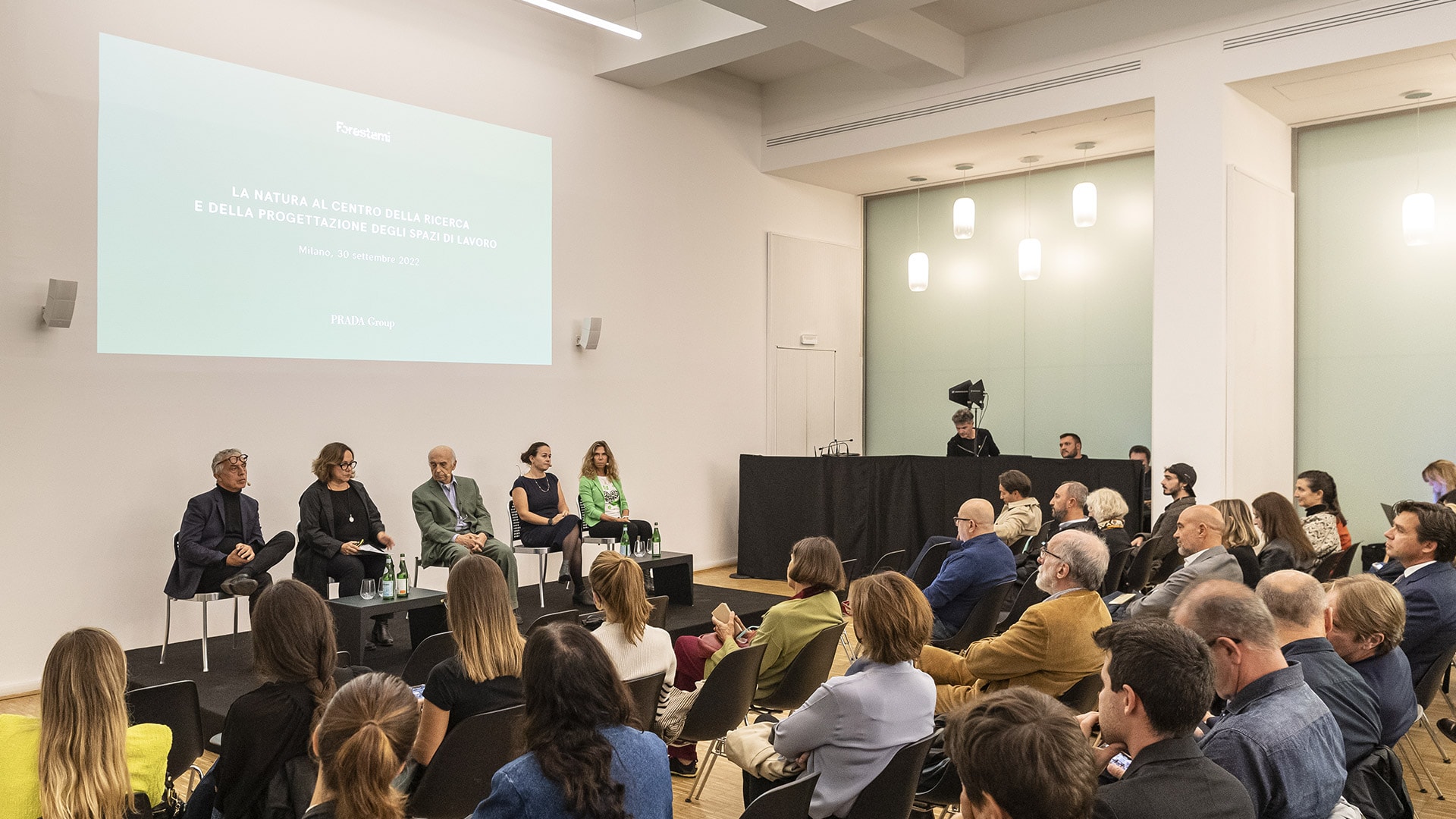