Milan, 12th September 2022 - The Upcycled by Miu Miu project continues with a limited edition of leather jackets, specially created and shown on the runway for the Fall/Winter 2022 season. No more than 50 jackets will ever be produced. Each has been carefully sourced from vintage markets across the world, re-fashioned by Miu Miu and finished in the atelier by hand.

The campaign plays on preconceptions of the masculine perfecto still further. Shot accompanied by shiny vintage motorcycles, gleaming metal and inky rubber, in an anonymous urban subway, it stars actors and model Ever Anderson, Esther McGregor and Mame Bineta Sane. Where are these characters headed? And what will they do once they get there?

Upcycled by Miu Miu leather jackets not only tell the story of the person – or people – who once wore them but also offer the possibility of new stories, present and future, once purchased and worn anew. 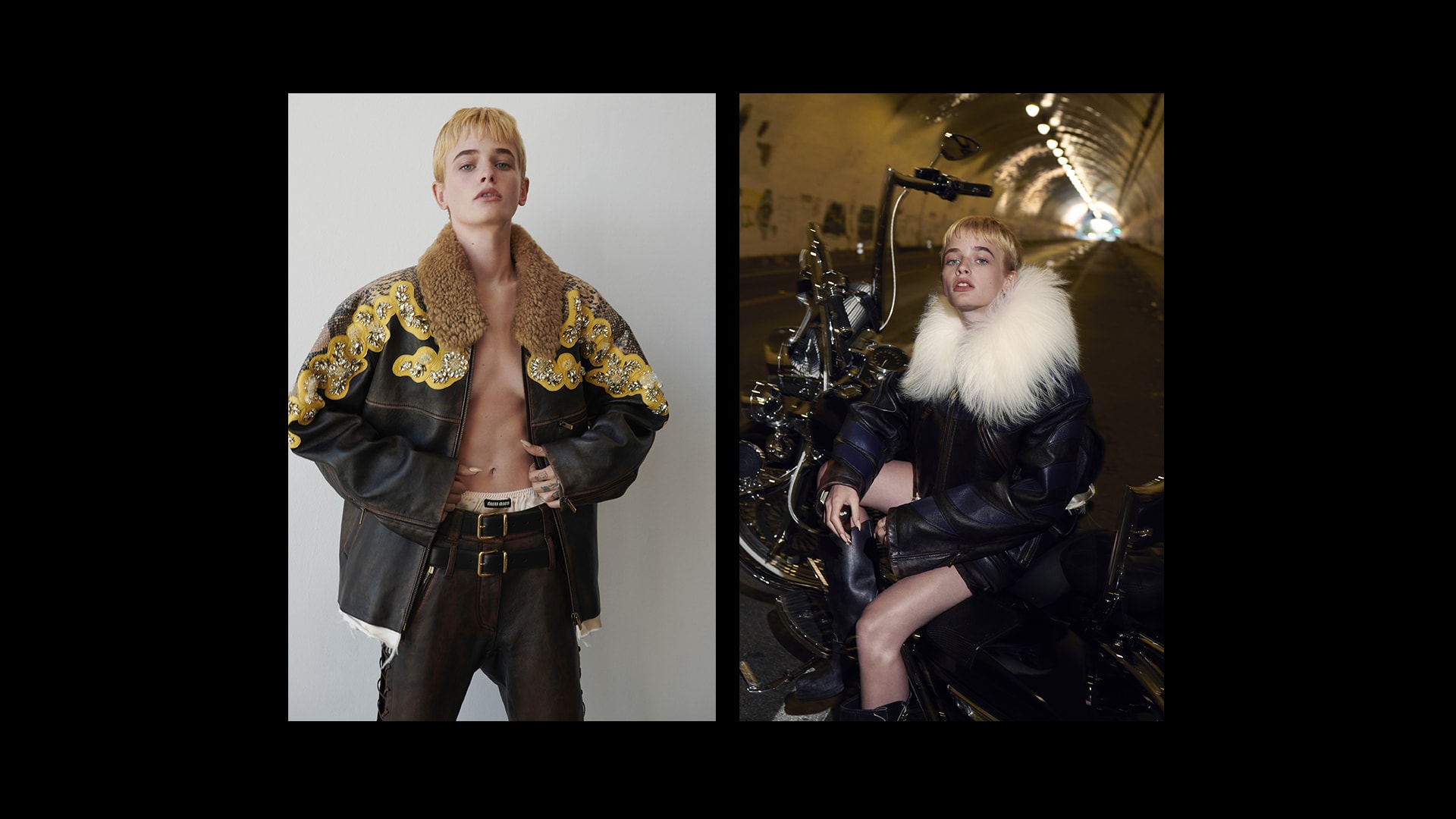