To renew the dialogue between MIU MIU, the city of Paris, and its inhabitants, M/M (Paris) designed a MIU MIU "Alphabet of Action, Behaviors and Comportment" in March 2018.

This season, they propose a new ephemeral MIU MIU symbol.

Designed to look like a face, a pet or a flower, it is friendly, affective but also has a touch of abstraction. Conceived with simple geometry, its playful modularity expands throughout the Palais d’Iéna.

For the S/S 2019 show, spectators have received a three-dimensional interpretation of this ephemeral sign as an invitation. Upon entering the space, they understand that they are going into an oversized MIU MIU symbol.

Structures formed from it transform the Palais d’Iéna into an organic, chaotic and geometric white space plunged into darkness. In the meanwhile, videos are projected throughout, making it feel like a gigantic, deconstructed screen for the tight and colourful video portraits of made-up girls, each one being heard pronouncing the brand name letters. 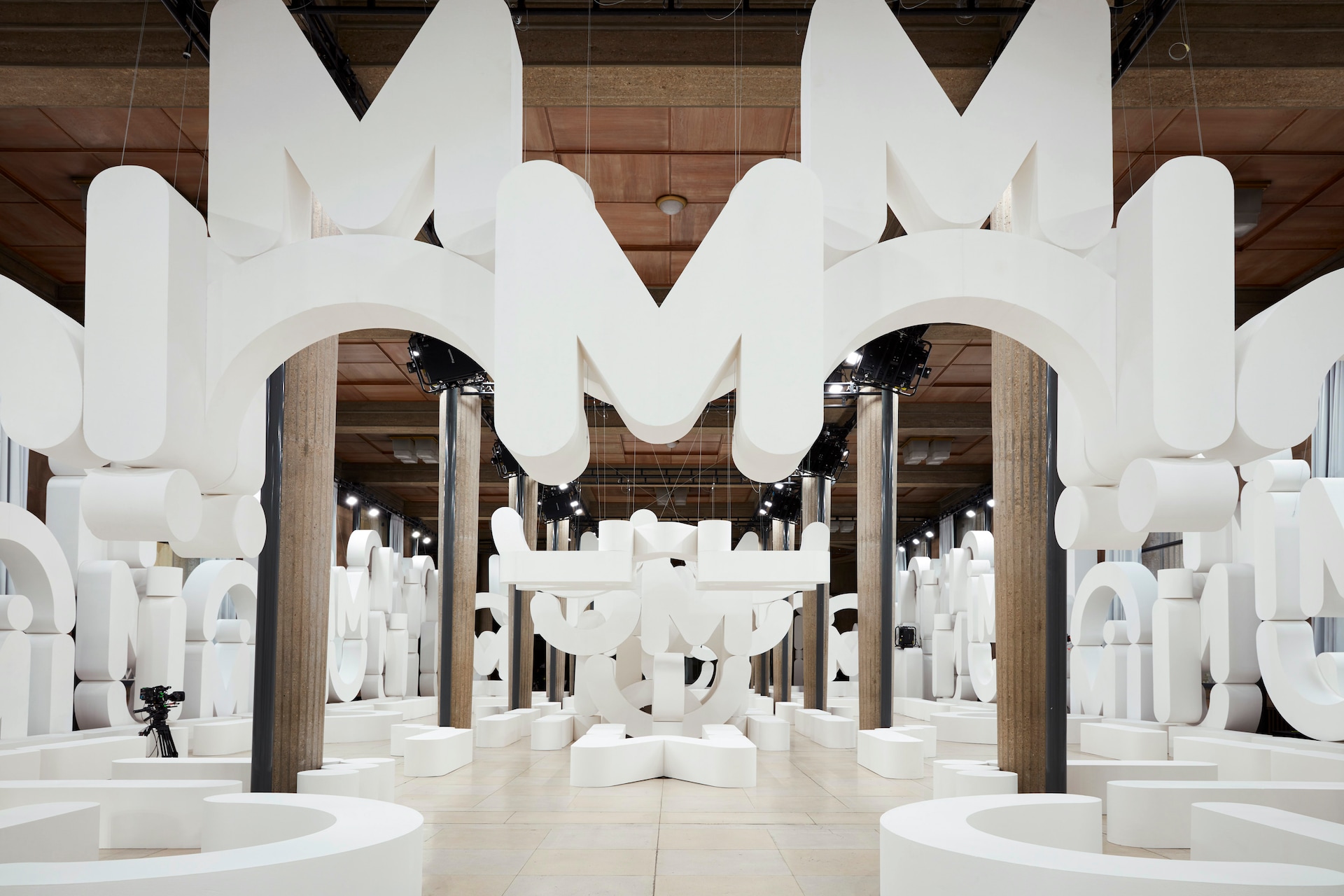 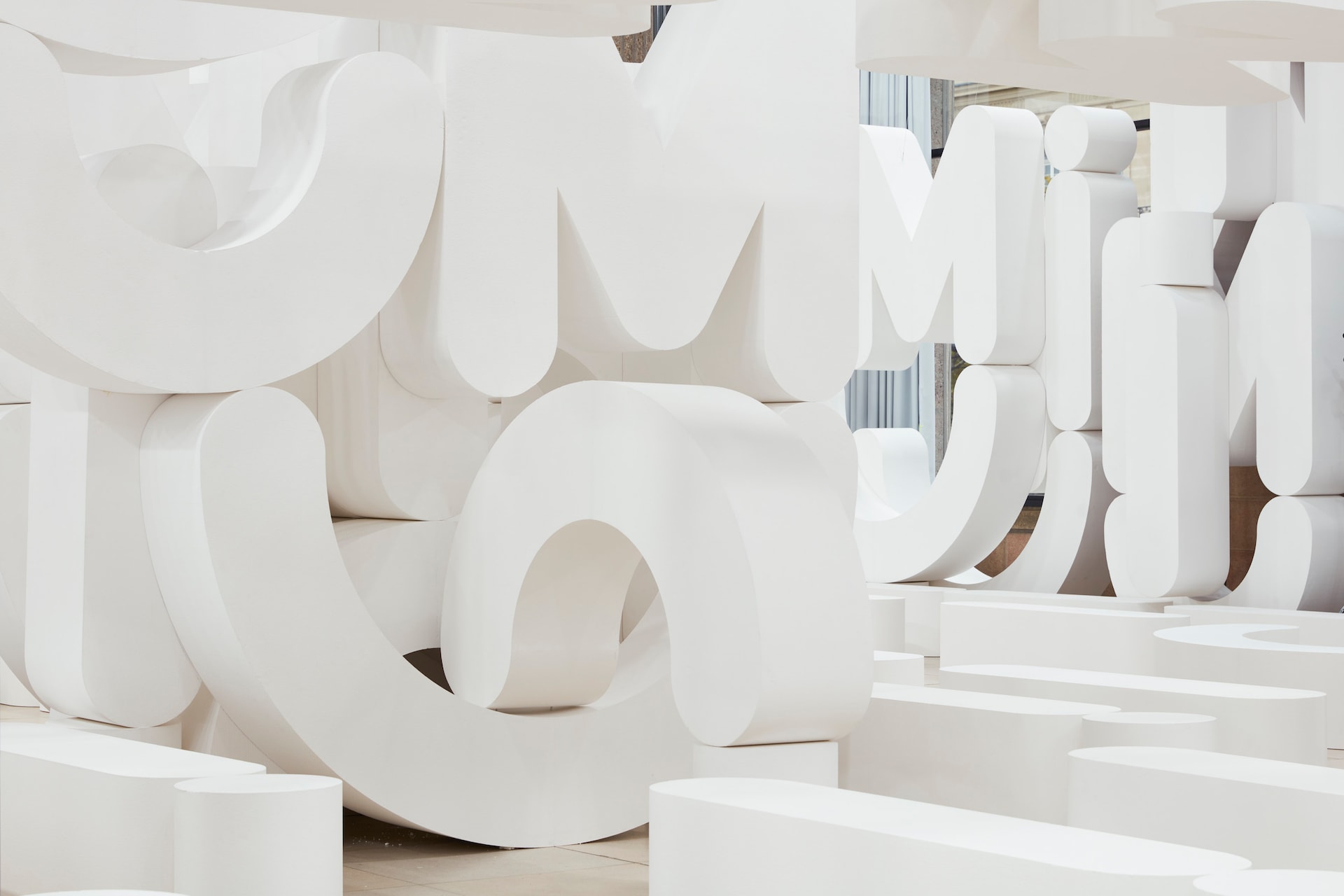