Prada has relaunched the classic Prada Linea Rossa as an evolved, reactive technical collection keyed to the ideology of the twenty-first century. In 2018, Prada Linea Rossa underscores its foundations and origins in 1990s sportswear, drawing on the precision of the lines and refinement of aesthetic that defined the look of the era. Today, this ideology still has resonance.

The sensual yet sporty mood of Prada Linea Rossa is reanimated, in bold shapes and indelible tones. While the exuberant, florescent energy of the 90s is alive in these clips, the spare, tightly wound soundtrack by composer Joe Johnson, and the bright, dynamic animations, lend the campaign an unmistakably contemporary tone.

The collection is tied intrinsically to the fundamental identity of Prada, to its elevation of the industrial and functional to form a new breed of modern luxury, Prada Linea Rossa first launched in 1997. Its new incarnation debuted at the men’s and women’s Fall/Winter 2018 shows, entirely integrated into the Prada aesthetic lexicon. A focus on technical detailing and new manufacturing possibilities singles out Prada Linea Rossa as a distinct, defined offering within the Prada mainline. A new facet of the Prada universe. 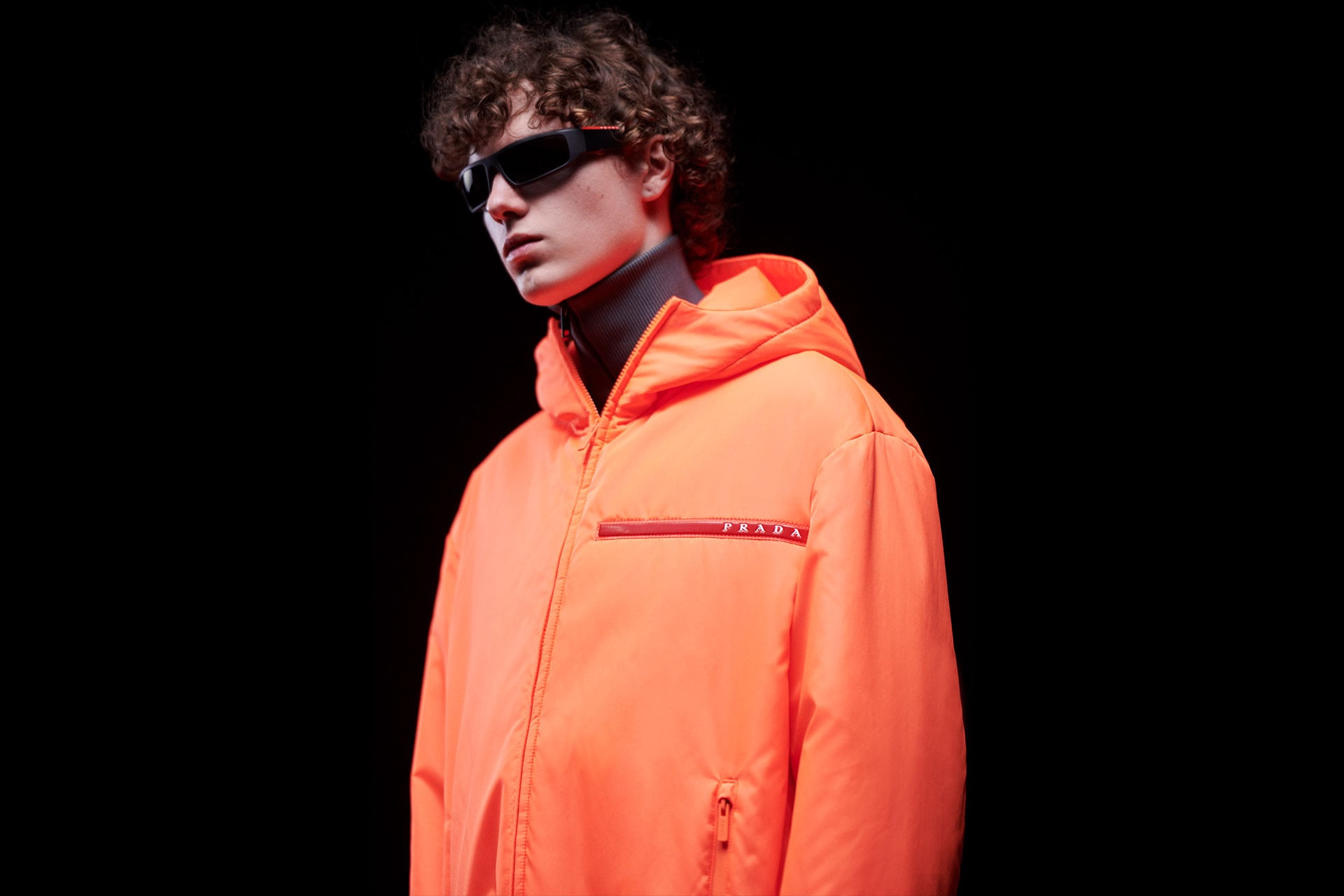